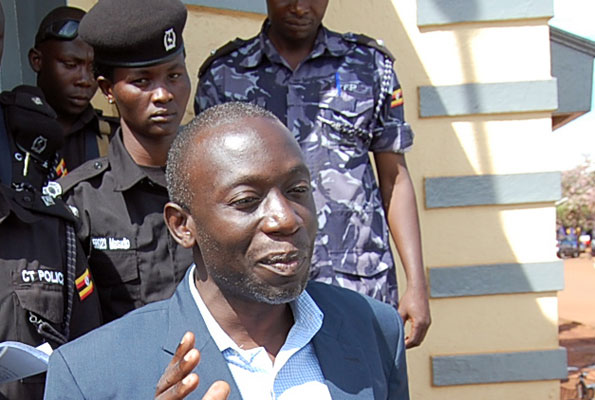 Earlier, European and Commonwealth observers also criticised the handling of the election, which was marred by lengthy delays in the delivery of polling materials, outbreaks of violence and a government shutdown of social media.

Below is Mr. Mabirizi’s full statement;

I write this at 6.30am March 31, 2016, the day the Supreme Court is expected to announce its decision on the Amama Petition.

As categorically stated before, during my campaign and after the elections, I have little confidence in the possibility of a political problem being solved through questionable legal means. The Independent Coalition, TIC which fronted me as Presidential Candidate, ruled out going to court once the election is/was rigged.

The election was rigged. We all know it. Even Mr. Museveni knows it very well. That’s why he must keep the winner under house arrest.

As our way of setting the record straight, let me on behalf of The Independent Coalition officially congratulate Col (rtd) Dr. Kizza Besigye on being elected President of Uganda.

Whatever the Supreme Court says is its business. The people who are more supreme than the supreme court decided to end Mr. Museveni’s 30 year corrupt rule on Feb 18 2016, and they did.

I appeal to our colleagues in FDC to do more than they have done so far, to lead the struggle to secure the victory of the FDC flag bearer.

If they don’t show real leadership at this stage, then another leadership will be forced to do so, and they should not blame us for claiming their victory, just like Museveni (who had miserably lost the election) claimed Dr. Semogerere’s victory in 1980.

The Independent Coalition, TIC and I shall not legitimise electoral fraud for any reason.

For God and my Country.