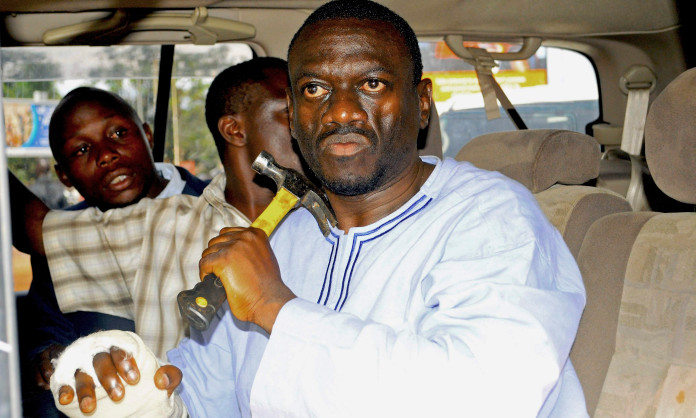 Dr Besigye also accused CJ Burt Katureebe of presiding over an “injustice” and told him to give the power back to Ugandans like the constitution says.

The Supreme Court unanimously ruled to dismiss Mbabazi’s presidential petition after it failed to prove that the noncompliance to electoral laws substantially affected the outcome of the poll.

Reading the short version of the judgment, CJ Katureebe also dismissed all claims against Mr Museveni for lack of evidence to back them up.

“The outcome of the election has not been subjected to an appropriate audit. I was not accorded the opportunity to assemble and examine evidence since I was the second runner up. I had enough evidence that the election was rigged because most who were affected were my supporters,” Besigye roared.

“We have a totally illegitimate president who is overthrowing the will of the people of Uganda by use of guns. Am sure Mr Mbabazi did not expect to be the petitioner but the candidate close to the one announced has best chances in the petition  but Museveni chose to detain me,” a visibly agitated Besigye added.

Besigye said that whereas he respected the Supreme Court judgment, he did not agree with it. “Museveni cannot be validly declared president by anyone. If i was to go to court, it wouldn’t be to annul elections but to announce the rightful winner of the election,” he said. “All institutions under dictatorship are comprised over the will of the people.”

“Article 1, 2 & 3 of our constitution grant all power to the citizens. The will of the people has to be respected so any legal process under our framework, is not meaningful I wouldn’t have sought annulment of the election, I would require the court to announce me as the rightful winner,” Besigye said.

Besigye says if he was given a chance, he would prove that candidate Museveni didn’t even get even 50% of the February 18 elections.