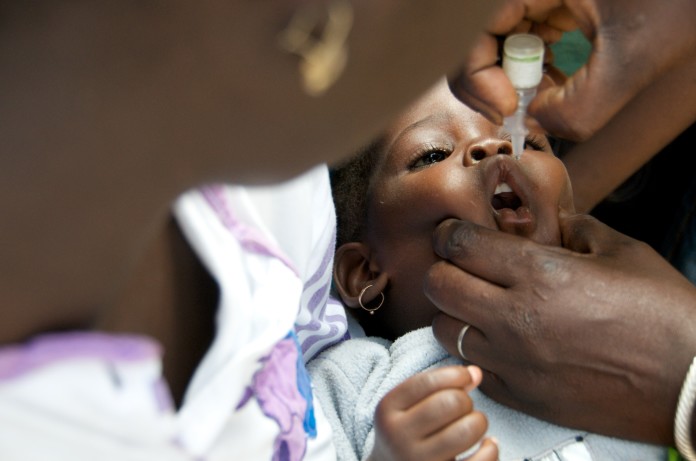 The Minister of Health, Dr Elioda Tumwesigye says the just concluded mass polio vaccination campaign has been a success showing optimism that government must have hit its target of vaccinating seven million children at a cost of Shs15 billion.

Last Friday government launched a house to house immunization drive for children less than five years who received a dose of oral polio vaccine (OPV) to boost their immunity against the virus. It was among other reasons prompted by the high cross boarder movement due to insecurity in neighboring countries, influx of refugees and acute flaccid paralysis (APF) indicators or trade.

“I want to thank all those who have been involved in this polio exercise and I wish to appeal to all parents and all children that missed out that they shouldn’t be discouraged but be taken for routine am and be immunized,” Minister Tumwesigye said.

“We want to kick polio out of Uganda but I know we have a lot of children dying from immunisable diseases and right now our infant mortality rate has fallen from over 130 to 54 and we have plans to ensure that we reduce it even further. No child in Uganda should die because of preventable diseases.

Since 2012, Uganda has not reported any case of polio.