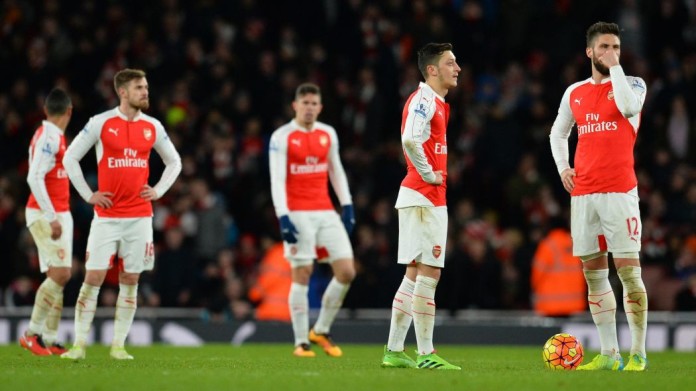 The Spanish midfielder’s been out of action since November 2015 with a combination of Achilles and knee injuries.

Arsene Wenger dropped Cazorla into a central midfield position in early 2015 and the former Villarreal man was a revelation alongside Francis Coquelin.

In the Spaniard’s absence, Aaron Ramsey and Mohamed Elneny have been paired alongside Coquelin but found themselves powerless to stop the Gunners falling 11 points behind Leicester City with just seven matches remaining.

And Monreal, who has been one of the Gunners’ standout performers this term, says the faltering title bid has been partly down to Cazorla’s injury.

‘Given the way we play, Santi is the perfect player for us because he loves receiving the ball, he brings our centre-backs into the game and really helps us to bring the ball out,’ said Monreal.

‘He’s probably one of the most technically-gifted players we have in the team and obviously he brings a lot to the side.

‘Everybody really likes him and we’re aware that his way of playing and the amount of assists and goals he pitches in with are very important for us.

‘Obviously he’s had this injury that’s kept him out for about five months and the team feels that. When you lose an important player the team pays for it.’