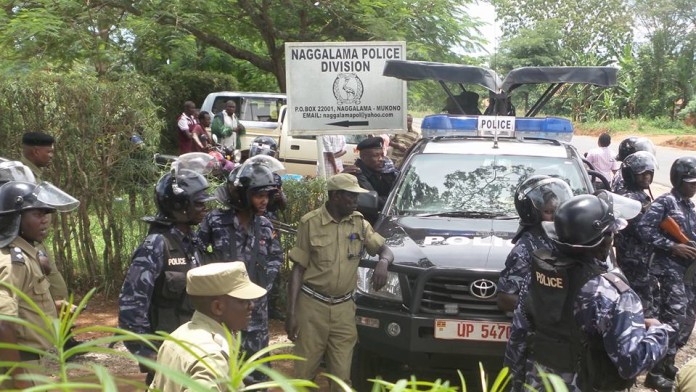 Later, Dr Besigye was put inside a blue police van and whisked away to Naggalama Police Station in Mukono where he is currently detained, and police have blocked the entrance to the station and will not let members of the press in. 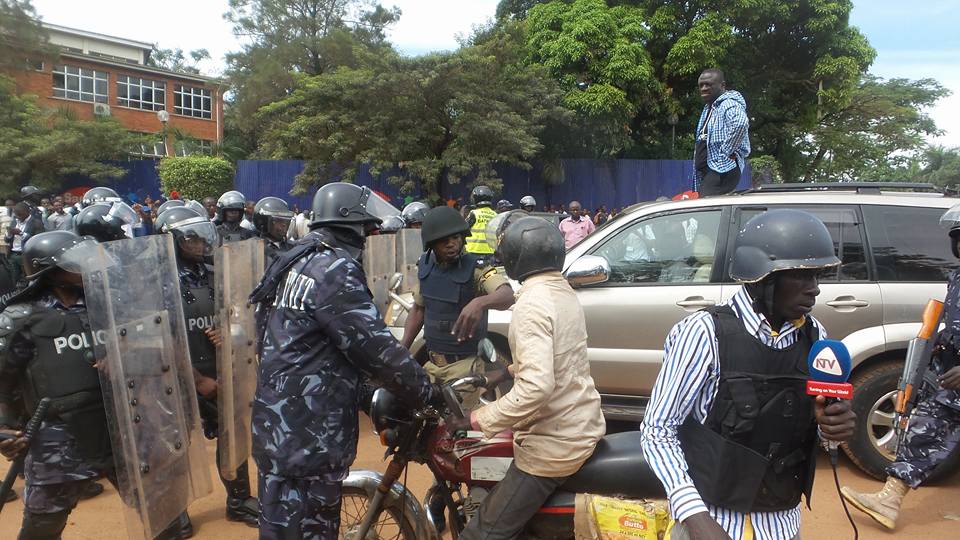 Dr Besigye was today set to join other FDC supporters for their weekly ‘Tuesday Prayers’ at the party headquarters in Najjanankumbi but was stopped at the Mulago roundabout at about 10.00am by police led by CPS DPC Aron Baguma. Police said Dr Besigye did not notify them about plans to hold a procession after prayers and the officers advised the public to shun “unlawful activity.”

Dr Besigye – who had been under house arrest up until the end of last week – was given permission to go to Najjanankumbi to attend a prayer meeting on condition that he did not disrupt activities in the Central Business District (CBD) of Kampala. 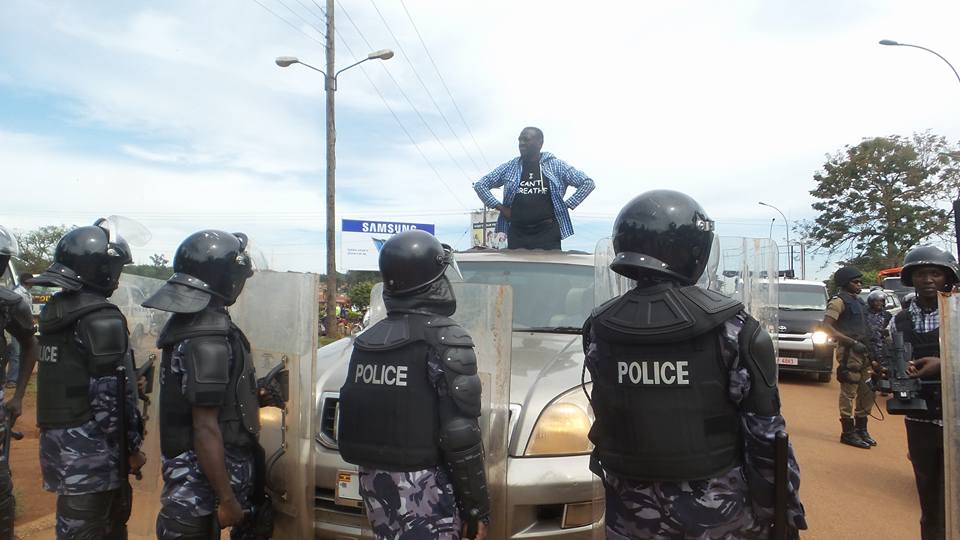 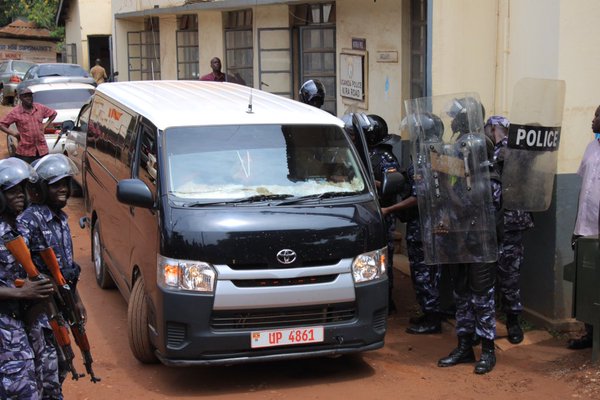 in the recently-concluded presidential elections Dr. Besigye came second with 35.4 percent against Museveni’s 60.8 percent, but he has since disputed the results, insisting that it is the police, the Independent Electoral Commission (IEC) and the army to blame for the ‘pillage and rape of democracy’ in the country.