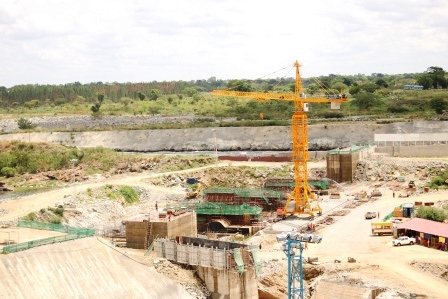 The recent reports that Karuma Hydroelectric power station under construction to produce 600 megawatts and valued at the cost‎ of ‎ US $1.6 billion had cracked isn’t necessarily true.

The reports forced President Yoweri Museveni to issue stringent directives to Ministry of Energy and Mineral Development to make sure that the project is implemented in accordance with the plan and if not so, the constructor (Sinohydro Corporation Limited) be expelled.

It was alleged that Ministry of Energy officials and officials from its agency, Uganda Electricity Generation Company Limited (UEGCL), and among the other three consulting firms hired to supervise the construction of the dam had left the contractor to get away with shoddy works at both Karuma and Isimba hydropower dams.

It is upon this that President Museveni questioned the quality of works at the two dams had been compromised. “If it is necessary to suspend work until the defects are corrected, it should be done. The “owners Engineers” could either be reinforced or even dismissed,” he wrote.

However, according to a tour of both dams by Ministry of Energy officials, UEGCL plus both constructors Sinohydro for Karuma and China International Water and Electric Corporation for Isimba, Energy Infratech who are lead supervisors for the Ministry including SMEC and AF Consults who supervise on behalf of UEGCL as well as the media, it is true, there were minor cracks but by the time the team visited, some had been fixed and according to Eng. V. Vasu, Chief Executive Officer of Energy Infratech PVT Limited, in engineering cracks occur but they do so for a reason.

“We are very particular with our work and it is true that minor cracks were observed but we have since fixed them. However, that aside, we are also doing investigations on that very particular area as we observe” Eng. Vasu said.

According to the Sinohydro engineers, the cause of the cracks on one particular spot can’t be explained as they give variation of explanations.

According to an engineer from AF Consults who spoke on conditions of anonymity because he isn’t free to speak to the media, what might have caused the cracks at the upper stream could have been the hard granite rock that hadn’t been crashed well, lack of coolant due to the high temperatures experienced at the site or non-conformity to the plan by using less materials.

However, it was agreed that works at that specific spot be suspended as investigations continue. And in compliance with the Ministry’s directive, the contractor and the three supervisors concurred and promised that the findings of the investigation should be made public in one month.

“We have managed to see cracks and the EPC managers have told us that they suspended work two weeks ago and  a thorough investigation is going on and a prescribed framework on how they will be filed will be issued after then work will resume at that spot . Cracks are inevitable in this kind of work  and so all this we have discussed  and the EPC have said that within a month the repairs will start,” Eng. Irene Muloni, Energy Minister said.

She added “All in all, work is going on well and we have seen the underground tunnel. The tunnel had not collapsed but it was a misinterpretation and an engineer from A F Consults has apologized.”

The Minister also told the media that a crack could be as a result of bent arch that isn’t straight or due to the mixture of concrete. She however advised all the parties involved to remain calm as the investigations go on. Reports that the tunnel had collapsed were also found to be untrue as a comprehensive tour of the tunnel didn’t indicate any collapsed area.

Earlier, there was exchange of words between officials of Energy Infratech laboratory officials and UEGCL Executive Director, Eng. Harrison Mutikanga. The visibly inceased Eng. Mutikanga accused the contractor of not giving him results of the tests that had been carried out earlier. The Laboratory officials didn’t take it lightly hitting back at Mutikanga as a liar.

“You have not given us conformity results, where are the results?” Mutikanga asked the laboratory official before Muloni and Permanent Secretary Dr. Kabagambe Kaliisa.

The Laboratory official shot back, “Results are shared in the laboratory. We have provided all the results and the hard copies are in the laboratory. Stop this game of accusations,” she retorted back. At this point, EagleOnline has established that the public bickering between these institutions is all blamed on UEGCL headed by Eng. Mutikanga for allegedly authoring reports that portray the two projects as failures. However, Eng. Mutikanga denies and says the contractors aren’t doing enough.

“We have all agreed and there were issues but everything will be sorted,” Eng. Mutikanga told a presser at Karuma on Friday.

It is alleged that whereas the Ministry hired Energy Infratech as the lead supervisor, UEGCL went ahead to hire SMEC from Australia and AF Consults from Switzerland to carry out supervision on their behalf. And it is from this that each of the supervisors authors reports that aren’t shared amongst all the players.

Muloni also warned on intrigue and bickering saying the Ministry is the owner of the project and any fights involving any of the agencies won’t be tolerated.

“Since the ministry decided that we have agencies (Generation and Transmission) and the understanding is that when this project is complete, we shall handover to the agencies to run it. But if these companies are running to compete with the mother, then it is wrong,” she said

Nonetheless, Muloni said in every field, there are challenges and so engineering isn’t exceptional but encouraged the parties involved to stick their roles and adhere to the project plan.

“We just need to ensure that we work as a team because of different interests and training. And on that note, I am going to rearrange the managerial structure in terms of reporting and duties for people involved in these projects to come with a better formal structure,” she said.

Dr. Kaliisa warned the parties to ensure that the project is completed on time. “This is a strategic interest of government. Government took this public sector project to produce cheaper power and so we must be mindful of time.”

Karuma is to produce 600 megawatts of power and is one of its kind in Africa as both the power house and turbines are going to be underground. Part of the Nile River will be diverted underground into a tunnel where power will be produced and then after water will be released into the 8.5 kilometer distance downstream to join the river exactly 8.5 kilometers down of the bridge.

Due to the wildlife concerns, it was decided that the dam is constructed underground so that wildlife along Nile River isn’t endangered. 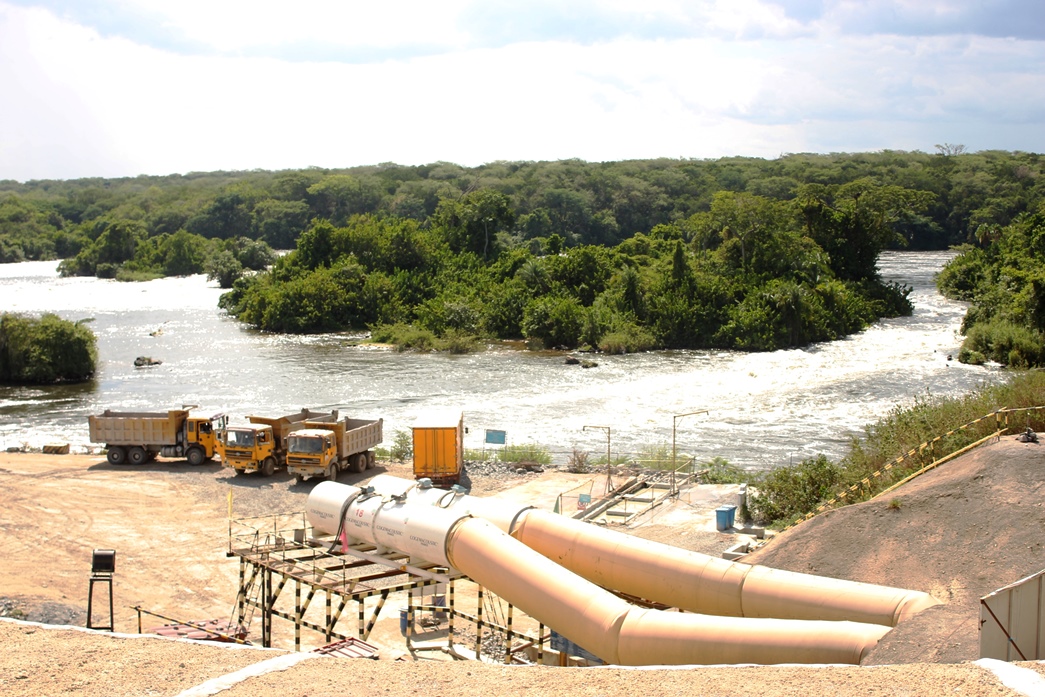