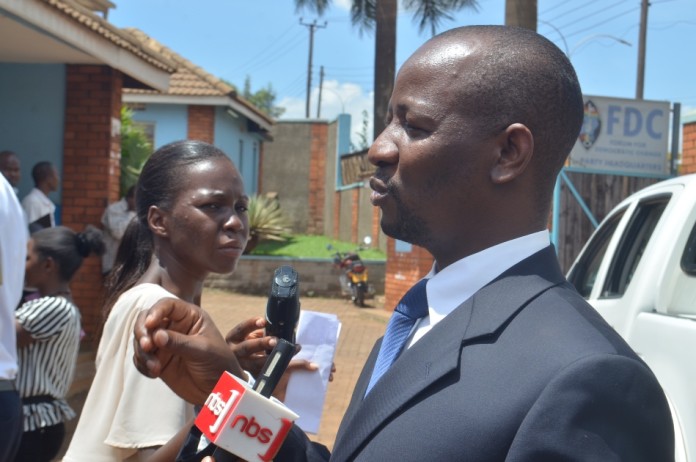 Speaking at the FDC party headquarters in Najjanankumbi, Kampala Monday, he said: ‘The campaign is suspended. For now.’

FDC last month urged their supporters to boycott any person or businesses that are owned by people suspected to have supported President Museveni in the just concluded elections pointed to sheer opportunism to say the least according to political analysts.

He said, “However, we have postponed the Stay at Home campaign since its target of freeing Dr. Kizza Besigye has been achieved.

“The campaign shall be revived in case Police tries to imprison him again.

“We shall be announcing several other activities that will be carried out every Thursday in which Dr. Besigye shall be actively involved.

Among others, party officials also asked Ugandans to boycott all Mr Museveni’s activities as well as those perpetuating his stay including musicians who campaigned for the National Resistance Movement flag bearer in the presidential elections.

Tubonga Nawe lead singer Moses Ssali aka Bebe Cool had earlier dismissed the call as “cheap politics”, saying FDC should concentrate on showing them what “we can do better not what we have done wrong.