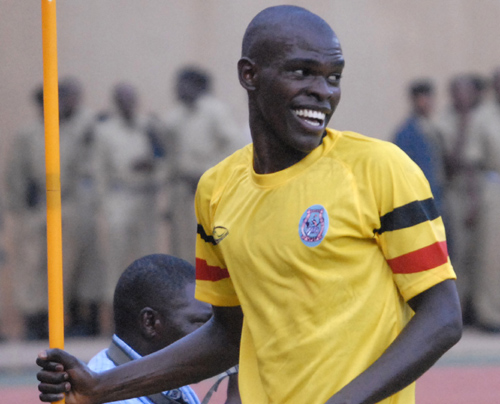 Chaotic Express FC has this season surprised everyone by maintaining their presence in the top five of the Uganda Premier League. It has been uncomfortable in the second round too after losing Caesar Okhuti their lead marksman. So much so that former club darling and skipper insists the Red Eagles are exceptional.

Still, going into his second game against his former club at Kavumba Recreational Stadium in Wakiso with a two point head-start leaves them in a great position. The two sides settled for a 1-1 draw in the first round fixture.

While Willy Kavuma, inspirational in Express’ charge to the 2012 league title, knows that this is the motivation for the UPL outfit, he acknowledged that Express any day are an intimidating side.

“Express is a very good team on any occasion despite the financial issues. Their players during my time there always fought for the pride of the club and it has never changed since as sure,” Kavuma tells EagleOnline. “We need maximum points from them (Express) and it’s not easy but that doesn’t mean we fear them.”

Elsewhere, Prisons Grounds, Luzira will on also this afternoon witness a battle of security forces when Maroons host Police. The first round game at Kavumba served up to an entertaining four goal thriller in which the two sides shared spoils with defender Denis Rukundo scored a rare brace for the Prisons’ side while veteran Peter Ssenyonjo and Erias Lubambula netted for the Cops.

Self-proclaimed Eastern giants Bul host Simba at Kakindu while their rivals Jinja Municipal Hippos cross the Nile River for a short trip to Lugazi for their league fixture against URA seeking revenge.

Struggling Victoria University also play host to The Saints on Tuesday at Namboole as both sides remain locked in the battle to avoid the drop. Moses Basena, the Saints coach will need to improve on his away performance where his side has won one game in the last five on away grounds. The Saints are in 13th position on 20 points while Victoria University is two places further on 19 points.