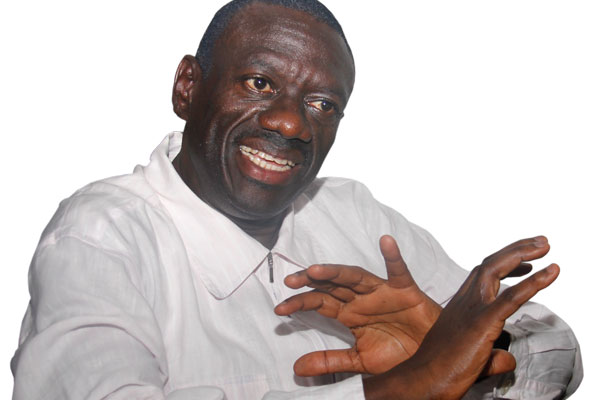 Besigye, the former Forum for Democratic Change Presidential candidate in a tweet told off state run New Vision who had broken the news – “This is total fiction!! I fully support all effort to save Mulago but I haven’t made any pledge.”

Of course, Besigye’s response to the tweet above will not be taken in good faith by Uganda’s Leading Daily who have been for long bashed for discrediting the opposition.

There has been uproar on social media with thousands set to suffer after Uganda’s only radiotherapy machine, used for treating cancer broke ‘beyond repair’ last week. The machine was donated in 1995, and has required repair work on a number of occasions over the years. Radiotherapy is a treatment involving the use of high-energy radiation to target cancerous cells.

The hospital gets 44,000 new referrals a year from Uganda, as well as from neighbouring countries including Rwanda, Burundi and South Sudan.