The Zika virus is “scarier” than first thought and its impact on the US could be greater than predicted, public health officials have admitted.

A wider range of birth defects has been linked to the virus, said Dr Anne Schuchat of the US Centers for Disease Control and Prevention.

And the mosquitoes that carry the virus could travel to more US states than previously thought, she said.

The current Zika outbreak began almost a year ago in Brazil. 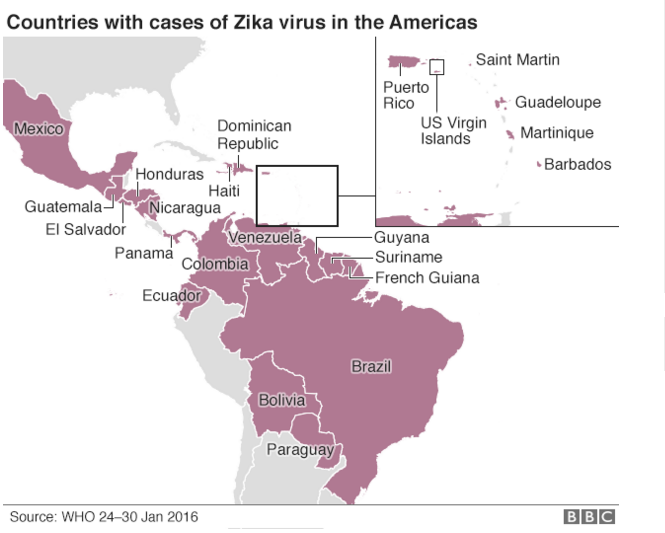 It has been linked to thousands of birth defects there and has spread widely through the Americas. “Most of what we’ve learned is not reassuring,” said Dr Schuchat at White House briefing on Monday.

“Everything we know about this virus seems to be scarier than we initially thought.”

Earlier this year, US President Obama asked the US Congress for $1.8bn (£1.25bn) in emergency funding to combat the virus.

In the meantime it has been using money totalling $589m left over from the Ebola virus fund.

That was a temporary stopgap and inadequate to get the job done, said Dr Anthony Fauci of the National Institutes of Health.

The US now needs more money to fight the mosquitoes and to fund better research into vaccines and treatments, he said.

He said there had been recent discoveries about how destructive Zika appeared to be to foetal brains. There were also reports of rare neurologic problems in adults, he said.

The CDC announced that Puerto Rico is to receive $3.9m in emergency Zika funding as the number of cases there doubles every week.

In February, the first US case of locally transmitted Zika was reported in Dallas, Texas – spread through sexual contact, not a mosquito bite.