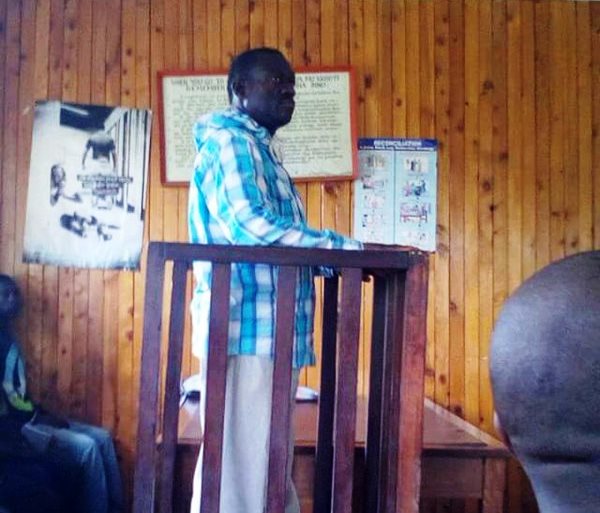 Police told court the opposition kingpin had broken the law in regards to last week’s incident in which Dr Besigye was intercepted at the Mulago hospital roundabout on his way to the FDC party headquarters in Najjanankumbi to attend weekly protest prayers. 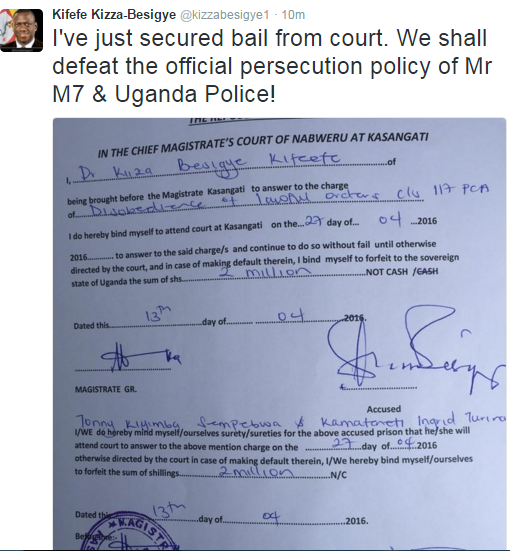 Dr Besigye was on April 4 arrested by police on his first attempt to move freely after spending 47 days under house arrest following the controversial February 18 presidential polls.

Police spokesperson, Fred Enanga, said criminal summons had been served to Dr Besigye, on April 8 but he has since refused to append signature.

“We have footages showing that Dr Besigye stood atop his vehicle and spoke to the crowd at Kalerwe without any police notice. That amounts to illegal assembly, which is contrary to public order management Act,” Police told court.