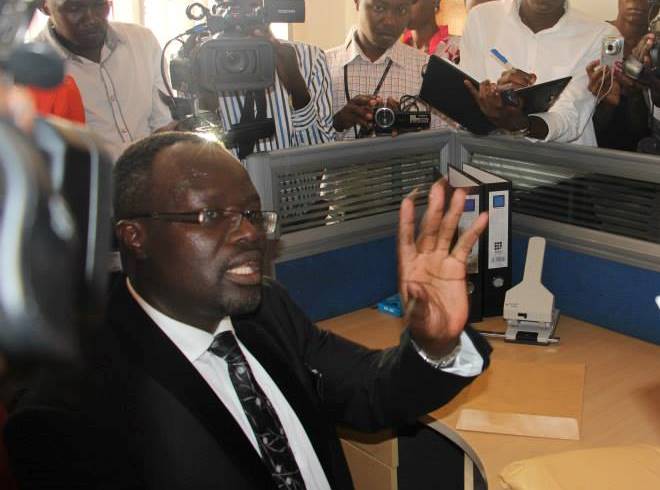 Dr. Nyanzi who works at MISR stripped and shared nude pictures on social media protesting the closure of her office as she effectively disclosed the rot at one of Africa’s best research institutes.

“Dr. Stella Nyanzi may have personal issues with Prof. Mamdani but this cannot stop her from undertaking her duties. She must understand that MISR has an Executive Director as head where she works as a Research Fellow. So she must show respect to the Executive Director otherwise we have institutional breakdown,” Prof. Barya says in a strong worded communication.

“In all functional educational and research institutions, Deans of Schools/ Faculties and Directors of Research Institutes are delegated powers to allocate a workload to their staff and supervise them. It is apparent Dr. Stella Nyanzi refused to take on the workload allocated to her by her supervisor which tantamounts to abscondment from duty and insubordination,” he noted.

Barya added: ‘The appropriate university organs should have taken appropriate action when this became evident since the Human Resources Manual is very clear on cases of insubordination and abscondment from duty.  It appears this has never taken place hold her accountable for neglecting her assigned duties.”

Prof. Barya who is heralded as Makerere’s best modern day Vice Chancellor appointed Prof Mamdani to head the research institute almost ten years ago and insists he has the capacity to take MISR to the next level.

Meanwhile Education minister Jessica Alupo says that Nyanzi’s issues will be solved by the university management and later a “formal report” will be submitted to her office.