A security advisor to Burundi’s vice-president has been killed in an attack by heavily armed men while dropping off his daughter at school.

General Athanase Kararuza and his wife died instantly. No-one has said they are behind the attack.

More than 400 people have been killed in the turmoil since President Pierre Nkurunziza said he would run for a third term last April.

A string of high-ranking army officials have been targeted during the conflict.

A general in charge of the president’s personal security Gen Adolphe Nshimirimana was killed in August, reportedly with machine guns and rocket launchers.

On Sunday the Minister for Human Rights Martin Nivyabandi survived being attacked with grenades as he was coming out of church.

BBC Great Lakes reporter Robert Misigaro says the killing is a blow for President Nkurunziza because it shows that he cannot guarantee the safety of his officers. 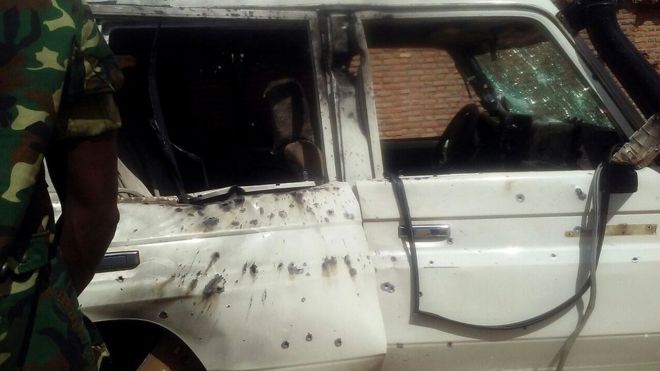