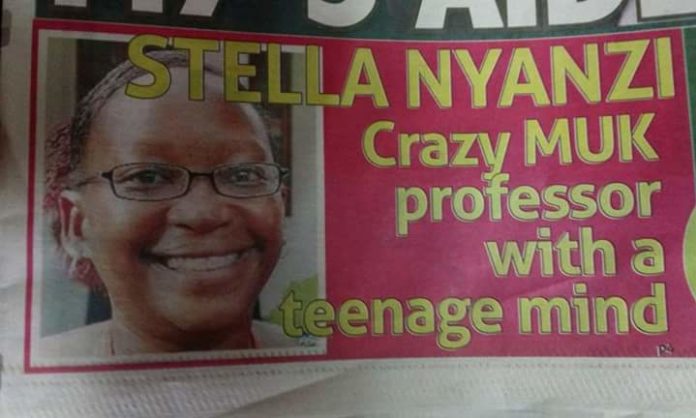 Nyanzi who is now so popular for undressing before students and academic staff, is pretty annoyed that New Vision desecrated the burial grounds of her family.

A complaint filed in the Civil Division of the High Court read: “The publications gave unsolicited and unauthorized publicity in its newspapers, radio, television and online publications to inherently private information about Dr. Nyanzi’s parents, home and childhood.”

Dr. Nyanzi and her two sisters claim the publications infringed on their nuclear family’s fundamental human rights and freedoms protected by Article 24 and 27 of the Constitution.

She added that she wants the court to order New Vision to publish “a full and unreserved apology” to her and her family considering her father was an important leader in the Mbogo Clan of Buganda Kingdom thus the publications violated cultural norms and customary values protected by Article 37 of the Constitution. 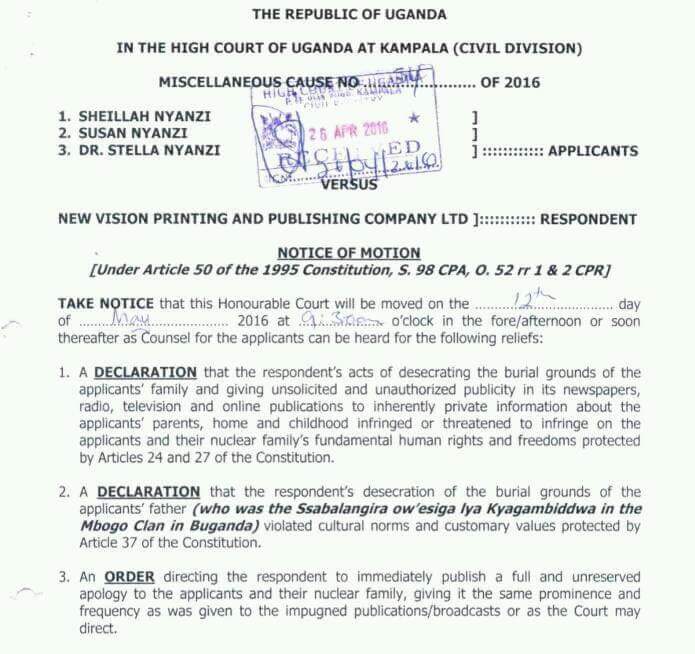 A fortnight ago, Dr Nyanzi stripped, protesting being locked out of her office by her boss Prof. Mahmood Mamdani who accused her of refusing to teach MISR’s doctor of philosophy (PhD) students.