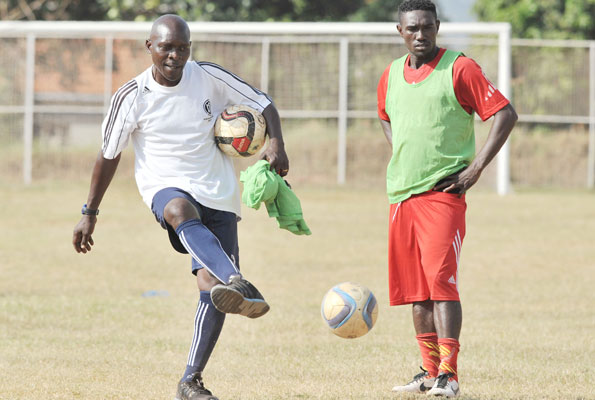 George BEST Nsimbe reminds everyone that former bosses KCCA FC aren’t the only side with objectives as his Vipers side go to Nakivubo Stadium to meet table leaders later this evening.

The defending champions are looking to exploit any chance of making KCCA drop points with today’s potential league decider which is live on AZAM TV at 4pm pitting first and second so the result will have a big bearing on the title destiny.

“It’s a derby, a good game, both teams playing for important things. KCCA give away very little, Nsimbe says. “It’s a very crucial tie and the target is maximum points because we don’t want the gap to widen. If we close the gap to three, then we shall be in good position to defend the title,” he had earlier told the league website.

“We’re not worried who will win the League. It’s more difficult to win at the end of the season. They’ll be with the intention [of winning the League]. It’s a key game for them, but for us too. We want to exploit all the options we have to be as high as possible.”

KCCA, who lead the standings on 51 points, six better than Vipers have fallen short in their previous two games losing to strugglers The Saints and Simba, results that put the champions who have played two games less firmly into the race.

The two rivals have also been paired together in the Uganda Cup semi-final draw. KCCA who boost of eight Uganda Cup trophies host the first leg at Lugogo with Vipers playing at home in the return leg at dates yet to be communicated.