Muhinda, who has severally covered Forum for Democratic Change (FDC) activities, and Daily Monitor’s Stephen Kafeero, were taking pictures of barricades in the middle of the road that leads to Dr. Besigye’s home.

“They were picking on me because I took those pictures, said Muhinda.  “The police officer in charge Abacha came and arrested me and asked me to identify myself which I duly did before he demanded that i delete the picture, the officers said they cannot handle my case , they sent me to the CID where i reached explained myself and then gave reasons why i had taken the pictures and of course I explained to the CID officer that it is not offensive or breach of privacy to take a picture of a police officer in uniform  and then in a public space and the officer adjudged my argument to be collect and then he set me free.”

The two were later released without charge. 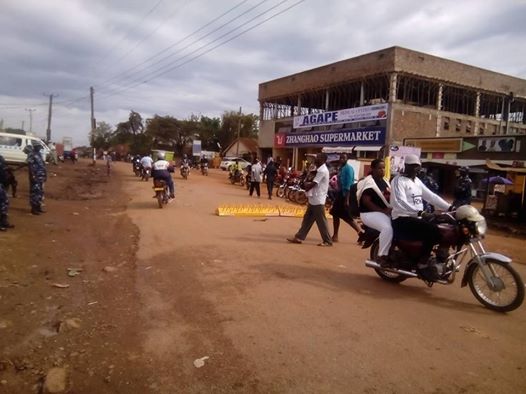 Police spokesperson Fred Enanga is yet to release a statement and our efforts to reach him by press time were futile.

The Uganda Police continues to be castigated over intimidation and violence towards journalists with the latest global press index indicating that Uganda is ranked number 102nd, slumping down seven places from the 95th position it held last year.

The report says that the situation got worse in the run-up to the 2016 presidential elections where media especially in the countryside that covered opposition candidate’s being threatened with closure.