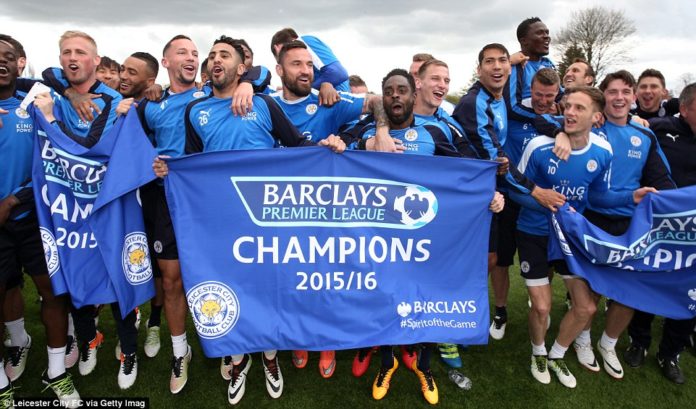 Leicester City have been crowned Premier League champions with two games of a remarkable season to spare.

It has been an extraordinary campaign for the Foxes, who have won the league title for the first time in their history. Plenty of records have been broken and milestones passed on their journey from relegation certainties to kings of England.

11: The number of consecutive games in which striker Jamie Vardy scored, beating Ruud van Nistelrooy’s record of ten with Manchester United. That run of games, from September to the end of November, gave the Foxes the platform they needed to win the title.

Three: Leicester’s critics say Claudio Ranieri’s team were the lucky beneficiaries in a year when the big guns failed to fire. However, they have lost only three games all season, being beaten twice by Arsenal and once by Liverpool. Leicester have also won more matches than any other team in the division and are on a ten-game unbeaten run

1978: The last time a side won the title for the first time in their history was in 1978, when Brian Clough’s Nottingham Forest won the old first division, a year after being promoted. Leicester’s triumph is regarded as the most extraordinary title triumph since then.

5,000: The odds on Leicester winning the title at the start of the season. After narrowly escaping relegation the previous season and changing their manager, only the three clubs who had joined the league – Bournemouth, Watford and Norwich – had longer odds.

£52.8m: The cost of the entire Leicester squad, less than the amount Manchester United could end up paying for Anthony Martial.

Seven: The number of years since Leicester won the Division 1 trophy. After being relegated to third tier for the first time in their history in 2008, the Foxes bounced back under Nigel Pearson and were promoted as champions. Four years later, they won the Championship title. The Premier League crown marks a remarkable hat-trick. Only player Andy King remains from the 2009 title-winning squad.

One: Ranieri has never won a league title until this season, despite a 30-year managerial career spanning almost 1,000 games. Before this, his only major domestic trophies were the Coppa Italia with Fiorentina in 1996 and the Copa del Rey with Valencia in 1999. He also won the Intertoto Cup and the Uefa Super Cup with Valencia. 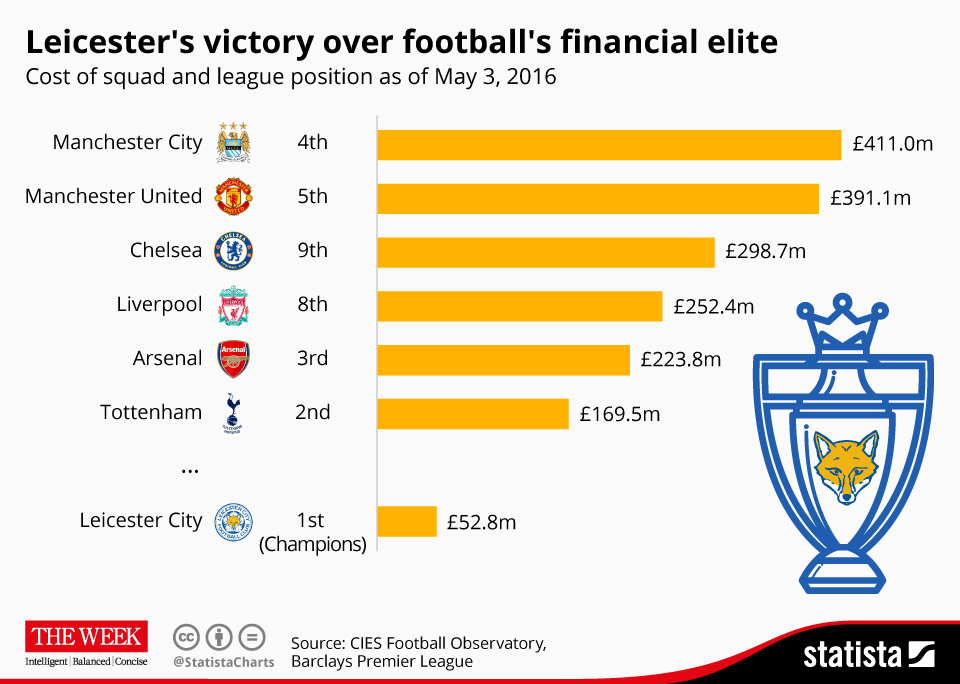 132: The number of years Leicester have been waiting to win the title. The club was formed in 1884, as Leicester Fosse FC, and joined the football league ten years later. Until now, their best-ever season was 1928-29, when they came second to Sheffield Wednesday.

Five: Since the remains of King Richard III were reburied in the city’s cathedral in March 2015, the Foxes have lost only five matches in all competitions. As well as their three league losses this season, they were beaten by Chelsea last term and were knocked out of the FA Cup by Tottenham Hotspur. They only lost to Hull on penalties in the League Cup this season.