“Abstinence promotion” policies President Museveni has pushed for more than two decades as part of an effort to slow the spread of HIV are largely ineffective, a new evaluation of the program concludes.

Uganda had the third-highest number of new HIV infections in sub-Saharan Africa last year, behind South Africa and Nigeria, reversing its reputation for successfully tackling the epidemic in the 1990s. Although the percentage of people living with HIV/AIDS is half of what it was in the 1980s, the increase in new infections is worrying to health workers. 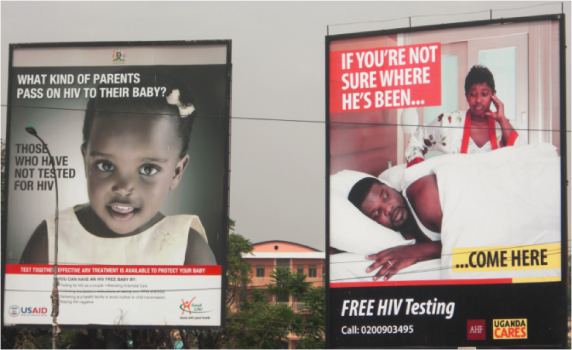 The President’s comments reflected a lack of clarity in Uganda’s response to the HIV epidemic. Heralded as a global success story and pioneer of the ABC model (Abstain, Be Faithful and use Condoms), the country is now struggling with complacency.

Uganda is one of only two African countries where HIV prevalence has shot up in recent years, the other being Chad. The rest of the world has recorded a drop of 50 per cent.

The abstinence policies clashed with the reality of the HIV epidemic on the ground in Uganda and Africa as a continent. For example, the 2013 Institute of Medicine report noted the “inherent mismatch between an abstinence/be faithful approach and programs for individuals engaged in sex work,” who are an important target for HIV prevention efforts. The Health Affairs report adds that abstinence promotion may be funded “at the opportunity cost of other, potentially more effective, prevention services,” such as promoting condoms or treatment to prevent HIV-positive mothers from passing the virus on to newborns.

The study has some limits. It didn’t compare individual people who had received abstinence education with those who had not, and researchers may not have been able to control for all the differences between the countries they compared.

The Health Affairs study, funded by the Doris Duke Charitable Foundation and the Center on the Demography and Economics of Health and Aging at Stanford, provides further evidence along those lines. Stanford researchers used survey data from more than 477,000 men and women. At the country level, they found no meaningful effect from the promotion of abstinence.

Uganda had received international praise for dropping its virus prevalence rate from 15 percent at its peak in 1991 to 7.3 percent today.

President Museveni was particularly critical of messages about condom use and safe male medical circumcision, which experts say reduce the risk of HIV infection. “Messages now emphasise condoms which is wrong, why engage with people you do not trust in the first place?” Mr Museveni asked three years ago at the bustling fishing village of Kasensero, Rakai, on the shores of Lake Victoria, where the first cases of Aids deaths were reported three decades back.

The Ugandan government is responding to the spike in new cases by creating an HIV-AIDS Trust Fund to finance a campaign against complacency.