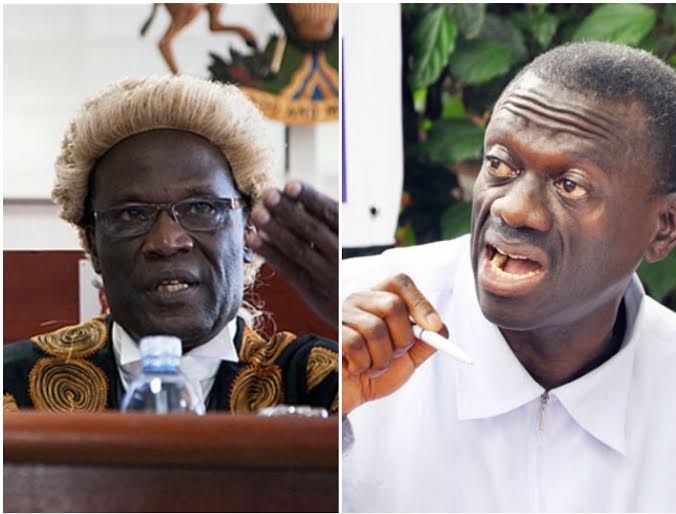 In a statement to the press, ULS president Francis Gimara said it was wrong for Justice Kavuma to issue an ex-parte interim order.

“We understand that on April 29, 2016, the Constitutional Court issued an interim order, among others stopping the Forum for Democratic Change (FDC) and Dr. Kizza Besigye from carrying out their demonstration, inter alia May 5, 2016. As part of our mandate to advise on legal matters, we have since had an opportunity to revive copies of the order and the petition particularly, we note that the interim order was heard ex-parte.. in the absence of the respondent.” Mr Gimara wrote. 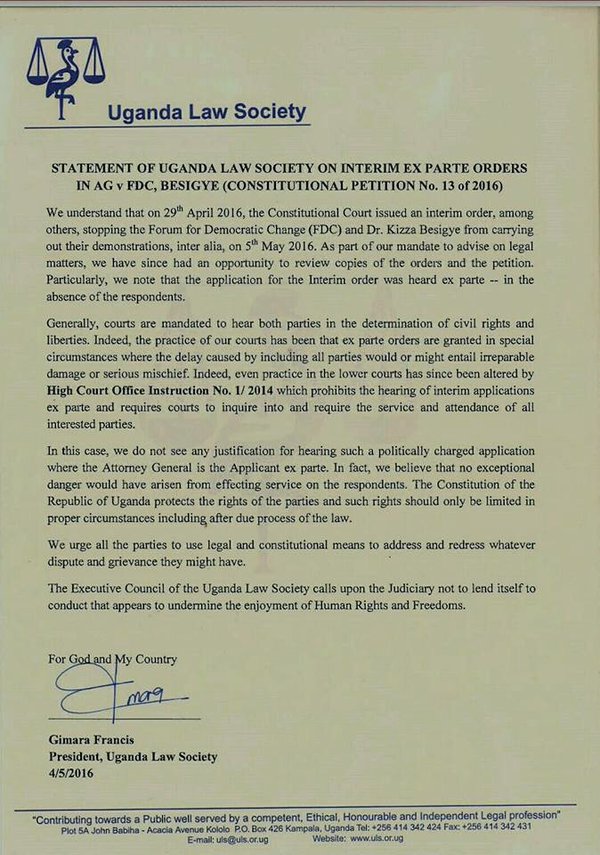 ULS says that the Constitution of the Republic of Uganda protects the rights of the parties and as such, rights should only be limited in proper circumstances including after due process of the law.

“The Executive Council of Uganda Law Society calls upon the judiciary not to lend itself to conduct that appears to undermine the enjoyment of human rights and freedoms” the statement reads further.

Justice Kavuma stopped FDC) and Dr. Besigye from carrying out their planned peaceful demonstrations on May 5 2016.

The demonstration was to show dissatisfaction with the outcome of the February 18, presidential election and a demand for an independent audit of the election results.

The orders by Kavuma followed an ex-parte (one-sided) argument of an application for interim orders by the deputy Attorney General Mwesigwa Rukutana.

In his application, Rukutana said the act of carrying out the defiance campaign by Besigye and FDC with the aim of obtaining control of government of Uganda is inconsistent with articles 1(1), 1(3), 1(4), 2(1) and 3(1) of the constitution.

Kavuma’s order include no further holding of the Tuesday prayers. The country-wide prayers at the party offices have been on for over two months.

The main petition is backed by a sworn in affidavit of Christopher Gashirabake, the Acting Solicitor General. In his affidavit, Gasirabake says that FDC and Besigye conducted what they called a defiance campaign before, during and after the general election and mobilized supporters and the general public to reject the results of the election if Besigye was not declared the winner by the Electoral Commission (EC).