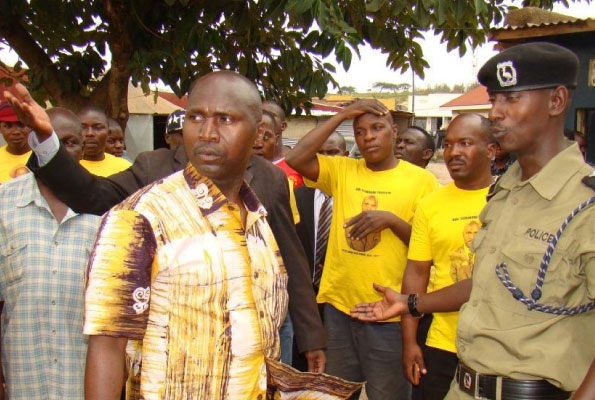 Lwemiyaga County MP Theodore Ssekikubo has accused his party the NRM of ‘leading them into a position of temptation’ as the battle for Deputy Speaker of the 10th Parliament heats up.

But the defiant Ssekikubo has vowed to defy the party call and said the party was acting in a “strange and suspicious” manner.

“Whereas we are humble and obedient members of the party, the party should not lead us into a position of temptation. We are not in NRM just for window-showing. Anybody who is trying to change the rules will be challenged. It is a mockery,” Mr Ssekikubo told Daily Monitor.

But his fellow aspirant Kitagwenda County MP Abas Agaba said he would “painfully succumb to (CEC) pressure” to withdraw from the Deputy Speaker’s contest. President Museveni is reportedly planning to sit with the six NRM aspirants for deputy speaker before tomorrow’s caucus meeting.

The political grapevine is buzzing with talk about how incumbent Speaker Rebecca Kadaga is having a rough time after and her deputy Mr Oulanyah also refused to bow to CEC’s orders of withdrawal.

The longtime Kamuli District Woman MP had spent Tuesday in celebratory mood but was reportedly shuttered by her deputy’s decision to ignore NRM electoral commission deadline for application for the position of deputy speaker which had been extended till 6pm yesterday.

However, the fate of the two and six others eyeing the Deputy Speaker’s seat will be decided by the NRM parliamentary Caucus that will sit on 5th May for the final communication. The nine will then go into the final contest in Parliament where the new MPs will vote.