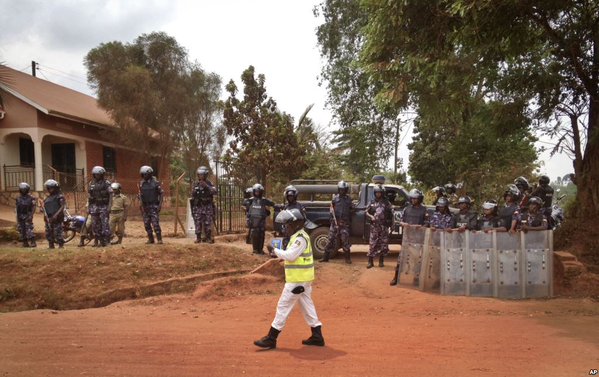 The force is also still heavily deployed outside Kampala Lord Mayor Erias Lukwago’s home in Wakaligga Rubaga division while the FDC part head offices also remain sealed off.  Journalists are not allowed to access the premises.

“FDC rightly wrote to the police about planned demos but their activities are blocked by interim court order,” Police spokesperson Fred Enanga said on Thursday.

“The opposition was planning to use demonstrations to disrupt forthcoming swearing in ceremony but we are prepared. We are maintaining the security posture, both covert & overt, that has helped us stop all forms of public disturbance,” he added.

Besigye has, however, not tried to leave his home or contact the press.