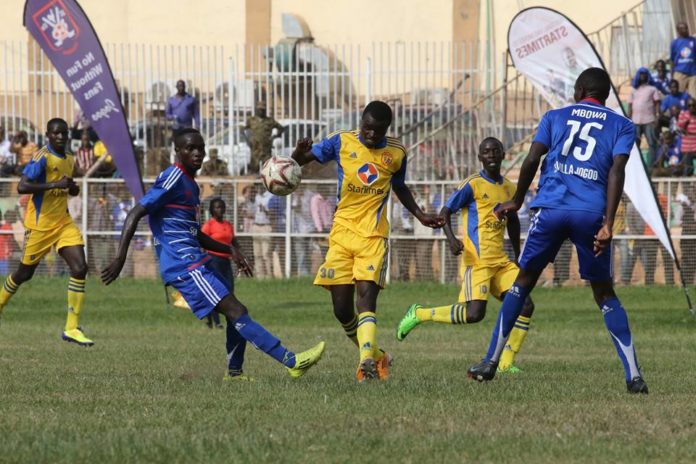 The saying that ‘When two elephants fight, the grass suffers’ will come to reality on Friday at Nakivubo when two giants of Ugandan football SC Villa and KCCA face off in a league tie.

With a combined 26 league title between them, no club has been as successful in the country as the two rivals.

KCCA assistant Manager Badru Kaddu described the game as a tough one but says his side is ready for nothing but maximum points.

“It’s a game against our nemesis but the preparations have been superb,” he told upl.co.ug after the team’s training session on Thursday. “The previous three games (2 losses and 1 draw) are now behind us,” he added.

SC Villa interim Coach Ibrahim Kirya saw his unbeaten record since taking over from Spanish Antonio Flores ended by The Saints but thinks the boys will be motivated to play against KCCA.

“The game and rivalry needs no introduction and they boys are motivated to play in such big games.”

Coming into the game, KCCA have a better head to head record in the previous nine meetings winning three, losing once and drawing the rest including the corresponding fixture last season.

Interestingly, SC Villa’s last victory over KCCA was masterminded by Mike Mutebi who is in the opposite dugout.

Then, Herman Wasswa, now at KCCA too and Moses Ndaula scored for the record league champions in the 2011-12 season at Nakivubo.

Wasswa, who boost of five goals in this tie including the winner the last time the two sides last met in the Star Times Cup last month is doubtful despite returning to training early this week after missing the games against Bright Stars (Uganda Cup), Simba and Vipers.

KCCA top the 16 team log with 52 points from 27 games while SC Villa are 10th with 16 points adrift although they have played five games less.