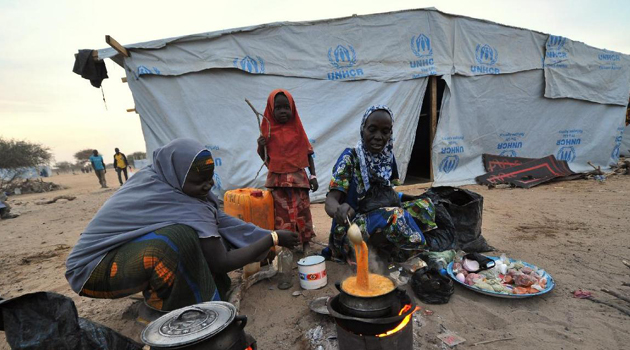 Interior Principal Secretary Karanja Kibicho in a statement explained the country’s dilemma of giving a home to refugees and at the same time sustaining security.

According to Kibicho, Kenya has been a host for over 600,000 refugees in Kakuma and Dadaab camps for almost a quarter of a century.

“The government has disbanded DRA as a first step. Further the government is working on mechanism for closure of the two refugee camps within the shortest time possible,” Kibicho stated.

Unfortunately, he explained, the high population placed on Kenya a heavy burden on its economy and environment.

Of concern was also terror threats emanating from the Al Shabaab group which has hit Kenya several times and still poses a threat.

“Due to immense security challenges such as threat of Al Shabaab and other related terror groups that hosting of refugees has continued to pose to Kenya and due to the slow nature of the repatriation, the government has been forced by circumstances to reconsider the whole issue of hosting refugees and the process of repatriation,” he explained.

In November 2013, Kenya, Somalia and the United Nations High Commissioner for Refugees (UNHCR) signed a tripartite agreement for repatriation of one million refugees to Somalia.

A repatriation commission was established to undertake a harmonised regulatory framework for the voluntary repatriation of refugees to Somalia.

According to the tripartite agreement, refugees were to return to their country voluntarily.

In 2015, UNHCR said Somali refugees were willing to return home citing improvement of stability in the country.

Kibicho explained that Kenya was no longer in a position to sustain the extra burden of hosting the refugees especially due to insecurity concerns.

“Under the circumstances, the government of Kenya, having taken into consideration its national security interests has decided that hosting of refuges has to come to an end.”

He urged the international community to provide humanitarian support in view that the closure would definitely affect refugees who were still in various camps in Kenya.

Kibicho called on the international community to support the initiative so that process of closing the camps is expedited while at the same minimising pain and suffering of the refugees.