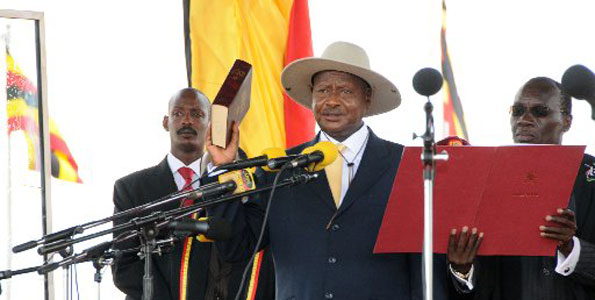 The government has declared Thursday the 12th of May 2016 a public holiday to pave way for Ugandans to attend the inauguration of President Yoweri Kaguta Museveni the Kololo Cremonial Grounds in Kampala.

The disclosure was made on Tuesday, May 10, by the First Deputy Prime Minister and Minister of Public Service, Henry Muganwa Kajura via a statement shared by the Uganda Media Centre.

Turning to preparations for the inauguration ceremony, government spokesman Ofwono Opondo said all is set for the event, adding that international artists have been invited to perform together with local artists.

President Museveni will be inaugurated after polling over 60 percent of the vote in the 18th of February harmonised elections while his main rival, Forum for Democratic Change (FDC) candidate, Dr Kizza Besigye got 37 percent. 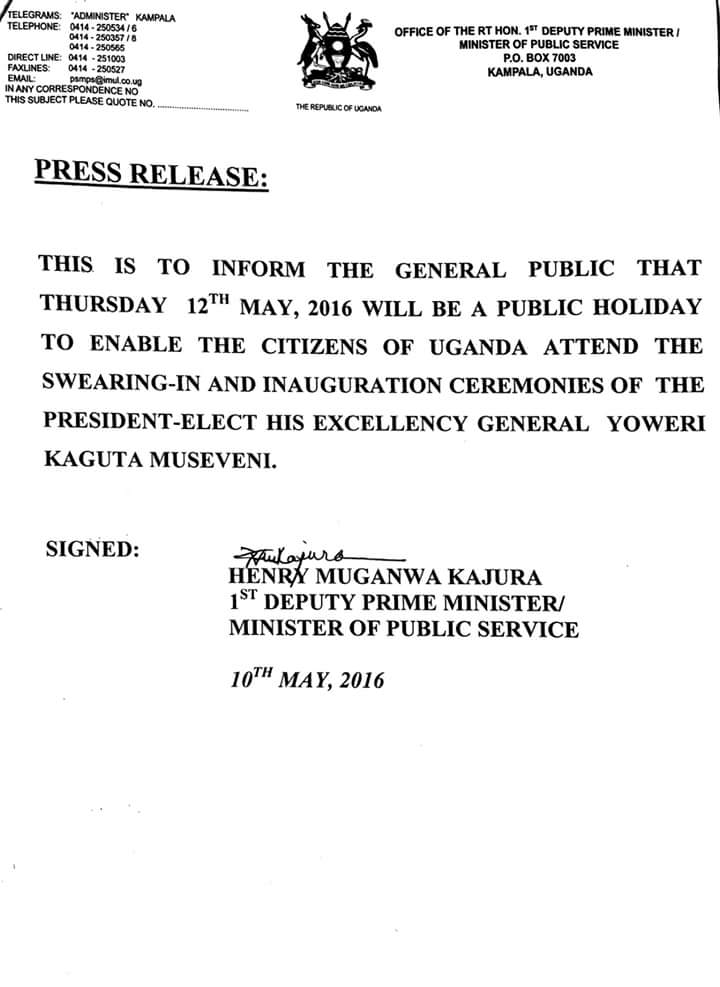 Though invited for the ceremony, Mr Besigye’s home remained restricted by police since May 5 after for a nationwide strike on May 12 against Museveni’s re-election.

The government, however, moved swiftly and called for a ban on live media coverage of the protest, saying those who defied the ban risked having their licences revoked.