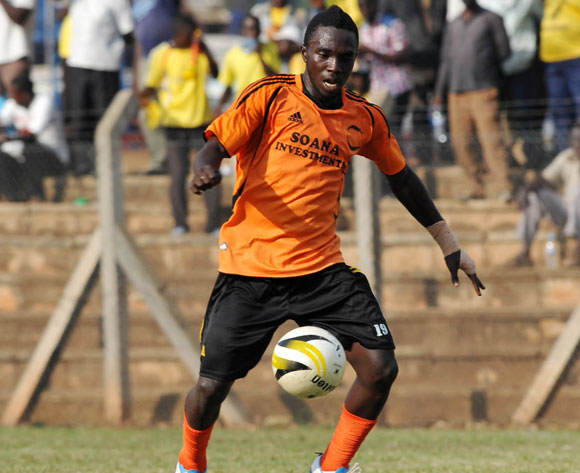 Soana FC striker Francis Olaki has insisted his team will not roll over against 16-time champions SC Villa at Nakivubo Stadium this Friday kickoff at 4pm.

Tenth placed Villa with 37 points who have gone three games without a win have mathematical chance of winning the Uganda Premier League just like Charles Ayeikoh’s Soana 4th on the log with 44 points, but must pray that all the teams in front of them falter in their remaining games.

Nonetheless, Olaki who just returned from an injury layoff says they will be going all out for the win and will not make it easy for Ibrahim Kirya´s men.

“We´ll prepare for the match against Villa normally and will treat it as a party,” the younger brother to Cranes star Emma Okwi tells EagleOnline.

“We´ll be out to enjoy ourselves and what will happen will happen, as there is no pressure on us, and an away win in front of our fans will be the best.

In their last meeting, Patrick Asiku and Allan Kayiwa scored for Soana as they ran out 2-1 winners while Robert Achema scored the visitors consolation at Kavumba

Villa has seven games in hand while the rest have less than three to go.