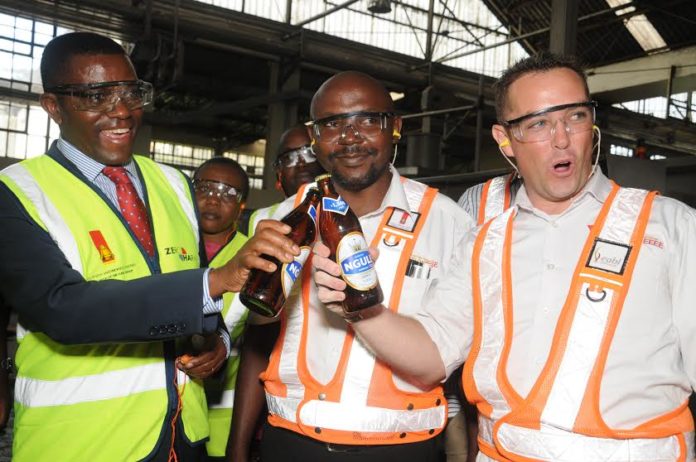 After the visit, the Buganda Premier and UBL MD Nyimpini Mabunda addressed a press briefing. At this briefing, it was announced that Ngule had exceeded set targets since introduction to market by 1000%. The beer was launched in January this year.

Ngule is selling at a recommended retail price of UGX1,500, a deliberate decision by UBL and the Buganda Kingdom to get more Ugandans consuming formal beer and off illicit brew which is harmful to their health.

(According to World Health Organisation’s  Global Information System on Alcohol and Health (GISAH) report for 2010 ( whereas Uganda’s adult alcohol consumption per capita is at 8.33 litres, only 11.4% is formal alcohol (beer, spirits & wine) while, 88.6% is locally made alcohol that is not subject to any quality checks. In Kenya, formal alcohol, accounted for 79.7% )

In addition, Ngule is made from cassava and sorghum both locally sourced from Ugandan farmers with the aim of strengthening household incomes (the largest component being cassava).