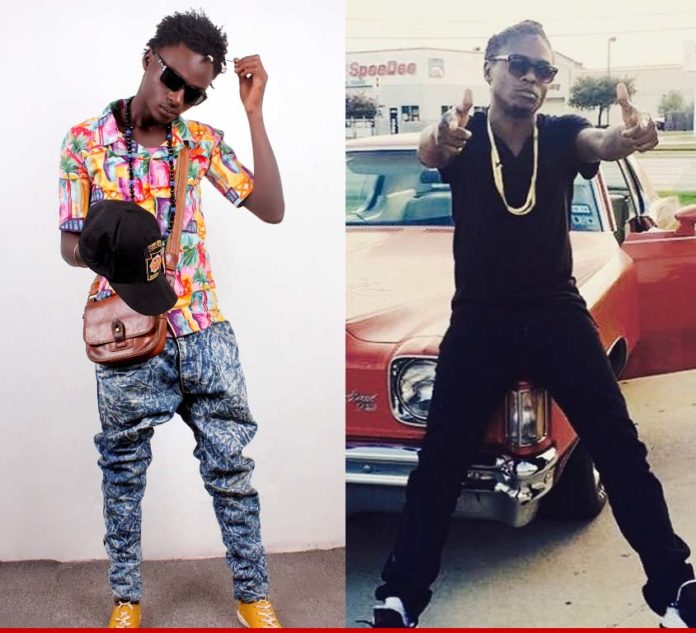 Ever had a new friend who will say every dirty thing about your past? Well, apparently so does the local artist Khalifa Aganaga. Supposedly, his former friend Weasel aka Douglas Mayanja by real name desperately wanted to get back at ‘Nassanga’ hit maker for embarrassing him on social media.
Aganaga, recently posted a video of himself on Facebook saying he went to the same Ordinary-Level or call it O-level school and attended the same class with Weasel who always came last in class.
In counterattack, Weasel before him and Moze Radio, performed  at their ‘Omwana Wabandi’ concert  at Africana  on Friday night revealed that Aganaga was a very poor man and would even beg for a spoon of sugar .  “We studied together but if I was the last, it is fine, but is he richer than me now? He doesn’t even have five boxer shorts at his home and he still talks about history,” Weasel
shot back.