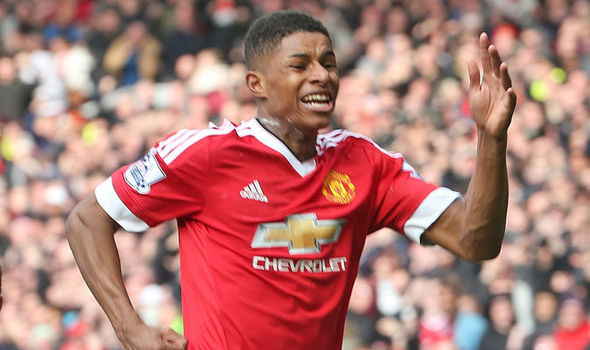 There is still a good chance Rashford will miss out when the squad is whittled down to 23 for France, but it is a sign of his progress that he is included while Walcott misses out.

Asked about Rashford’s chances of featuring in his final 23-man squad, Hodgson, 68, said: “The competition is quite strong, he’ll understand that.

“There’s no reason why he can’t knock someone off their perch, but it will be harder than some people might expect.”

Hodgson, predictably, has included Wilshere despite being injured for virtually the entire season.

The Arsenal player is a key figure if fit, Hodgson having used him at the base of a diamond formation and also as a creative force, as shown by his two goals in the 3-2 qualifier win in Slovenia.

Liverpool’s Jordan Henderson appears to have regained fitness in time, but both of these players will be under scrutiny in the three pre-Euro 2016 friendlies.

Tottenham’s Eric Dier is picked as a holding midfield player but will act as central defensive cover.

England look well blessed with attacking options but there must still be very big question marks for the defence when facing opposition of the highest quality at Euro 2016.