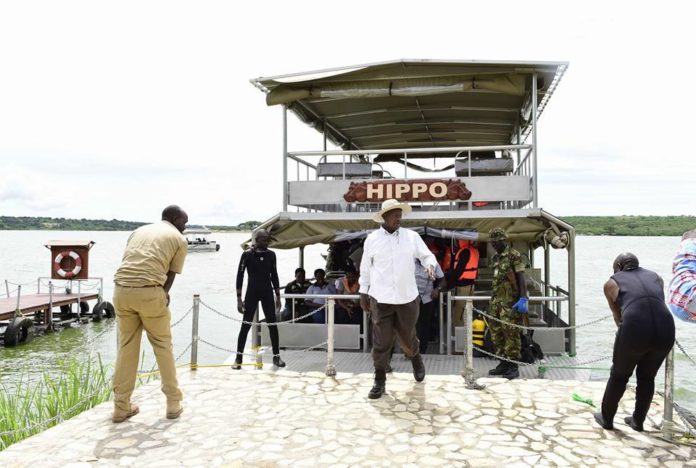 President Yoweri Museveni has today endorsed three Public Relations and Marketing firms that are to represent Uganda in the growing global travel market.

According to a release by the Uganda Tourism Board (UTB), the firms, PHG Consulting, Kamageo and KPRN will promote and seek tourism investment on behalf of Uganda in North America (USA and Canada), the UK and Ireland, and the German speaking markets including Austria and Switzerland at a total cost of US$1.5 million (about Shs4.8 billion) a year.

The three firms were chosen after an international competitive bidding process managed and funded by the World Bank through the Competitiveness and Enterprise Development Project (CEDP), coordinated by the Private Sector Foundation Uganda (PSFU).

The five-year project comprises of four major components and is being implemented by seven agencies and UTB CEO Stephen Asiimwe says the three firms work will directly impact on development and employment in Uganda.

“In 2015, the direct contribution of travel and tourism to GDP was UGX2, 982.1 billion (3.7 per cent of GDP). This is forecast to rise by 0.7 per cent to Shs3, 002.7 billion in 2016,” says Asiimwe. He adds that this contribution reflects the economic activity generated by industries such as hotels, travel agents, airlines entertainment, leisure, and transportation services.

Under CEDP, the tourism sector is being supported through product planning, packaging and promotion among other components and the UTB is one of the beneficiary Government Agencies that has received support from World Bank, to popularize Uganda’s existing and new tourism products and services in order to increase their visibility and attract more tourists.

Under this arrangement, the Uganda Tourism Board is using part of this support to engage public relations and marketing firms to provide strategic marketing, sales representation, and public relations services in the above mentioned key source markets.

“According to the World Tourism Organization, tourism has the power to drive inclusive development, create jobs and build the sustainable societies we want for our future. Tourism builds mutual understanding and can help us safeguard our shared natural and cultural heritage,” says Maria Mutagamba, the Minister of Tourism, Wildlife and Antiquities.

‘The overall objective of the assignment is to leverage Uganda as a prime tourism travel destination, and also to increase tourism arrivals and length of stay in the country and overall spend’ the UTB release adds.