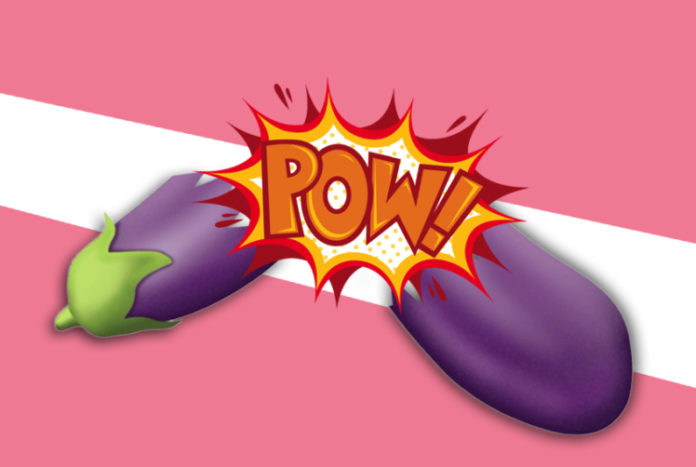 A man has described how he heard a ‘snapping sound’ when his penis snapped during sex.

He said he was having ‘vigorous’ sex when he heard the noise and felt severe pain at the same time.

By the time the 32-year-old, from New Delhi, arrived at hospital his penis had turned completely black.

His case has been documented in the BMJ case reports journal by doctors from All India Institute of Medical Sciences.

He suffered what’s known as an ‘eggplant deformity’ and he had snapped one of two tubes – known as corpora cavernosa – that run the length of the penis that make it hard when blood flows through.

When it snapped, blood went into the penis causing it to smell swell and go black.

Doctors drained the blood and repaired the tear.

The BMJ report said: ‘Penile fracture occurs when an erect penis undergoes a blunt trauma during sexual intercourse or otherwise, bending the penile shaft and causing a tear/rupture of the tunica albuginea, and tracking of blood from cavernosal sinuses into the subcutaneous plane.’