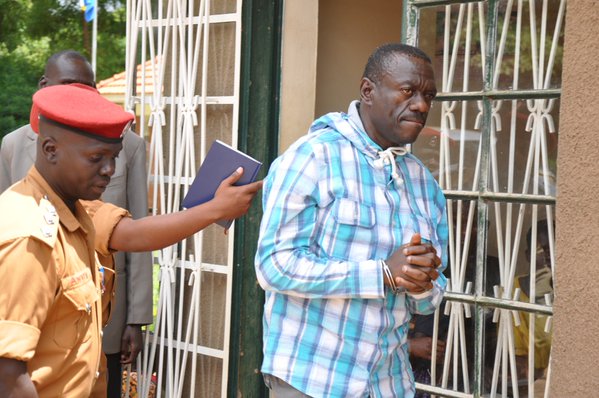 He will be paraded before Nakawa Chief Magistrate James Ereemye Mawanda at 9:00am prompt.

This is the second time that Besigye is charged with treason, a capital offence which is only punishable by death in Uganda.

Dr. Besigye, the first runner up in the February polls was on Monday transferred from Moroto government prison where he had spent three days to Luzira after he was charged with treason on Friday and remanded.

“The case will be heard on Wednesday starting at 9.00 am, since Nakawa is considered an area of jurisdiction where Dr. Besigye committed the alleged offences. , The case  couldn’t proceed being handled in Moroto,” Judiciary publicist, Solomon Muyita says.

“He is appearing so that he is formally arraigned and charged afresh.” Muyita adds.

The opposition kingpin was arrested on the same day after videos of a mock swearing in ceremony circulated on social media showing him taking oath as the president of Uganda.

FDC’s Leader of Opposition in parliament, Mr. Wafula Oguttu today was interrogated at Special Investigations Division for questioning over his alleged presence in Besigye swearing-in video.

Police spokesperson, Fred Enanga told EagleOnline that the trio will be taken to Court and charged accordingly.