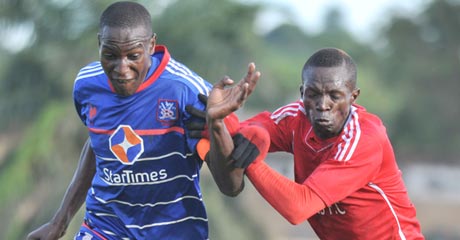 Ibrahim Kirya’s charges were fresh from a 3-0 loss to URA over the weekend and in Police, they faced a side they were yet to beat in the previous five meetings but enterprising winger Ambrose Kirya saved the Jogoo’s ship at the death, after they had gone six games without victory.

They did not seem to miss the services of suspended star including skipper Jonathan ‘Dante’ Mugabi, Goalie Nicholas Ssebwato, defender Misi Katende, midfielder AbdulKarim Kasule and centre forward Karim Ndugwa join Mugabi on indefinite suspension with three games to go. They are reportedly involved in a match fixing scandal and insubordination among others.

With the win, Villa now leapfrogs Sam Timbe’s Police side to 6th place on the log with 41 points due to a superior goal difference.

Villa despite having the most number of games in hand, three, are already out of the race for the title.

Action returns on Friday with many games on card in different grounds allover the country.