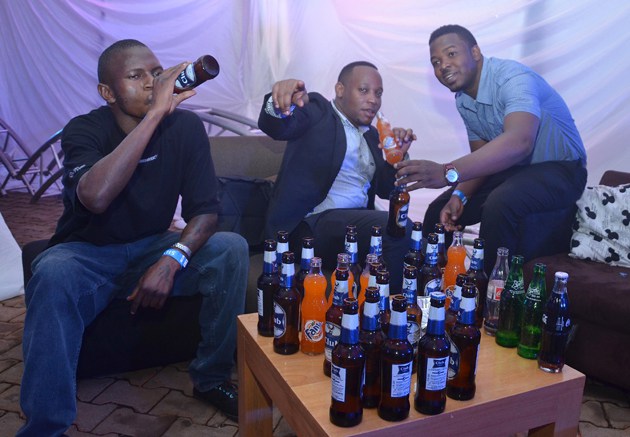 It might have occurred to you as you stepped over someone passed out on the roadside on a Friday night that Uganda has a bit of a drinking problem.

That’s why when it comes to African countries with the biggest dependence on alcohol, Uganda is only beaten by Nigeria using a statistical calculation of the liters consumed per year.

Actually if not for the respect of statistics and the heavy population of Nigeria, Uganda would have easily become the Drunkest Nation in Africa by a million miles.

Ugandans drink 11.93 shots of liquor per year on average, which is the second most in the Africa. And of 10 other countries analyzed by US based Moguldom Media Group arm AFKinsider, none comes anywhere close. The Kenyans, the third biggest in AFKindider’s sample, down 9.72 shots per year; Rwandans drink roughly 9.10 liters per year; and Tanzanians consume only 7.7.

Uganda’s unparalleled liquor consumption is almost entirely due to the country’s love for home-made waragi and Ajono topping the alcohol menu.  Just 4 per cent of consumption comes from beer and 2 per cent from wine, with the “other” category a resounding winner at 94 per cent of consumption. The generic term for domestically distilled beverages is UBL’s famous Ugandan Waragi, which contain around 42% of alcohol making it one of the most alcoholic spirits in the world.

The study says patrons generously drink “waragi, also known as war gin because it was once used to fortify troops. Though drinking too much inevitably leads to surrender.”

Donning the hard alcohol crown can be problematic at times. Uganda’s alarming alcohol consumption has led to outbreaks of drunken violence and unemployment because from 24 hours to 7 days of a week at every time people are always in the pubs consuming alcohol.

Intake of colossal amounts of potent gins and other forms of crude liquor in mostly poverty-stricken rural communities of Ankole, Busoga and urban slums has raised health alarm amid declining productivity by affected youth.

The Bill intends to repeal the “Enguli Act” which provides for the regulation of the manufacture, licensing and sale of ‘enguli’ and for other purposes connected therewith. Nambooze said the Enguli Act promoted other beers manufactured by the colonialists, but controlled production of waragi, the local brew produced by Ugandans. Enguli is defined as any spirits manufactured in Uganda but does not include refined spirits (such as Uganda Waragi) or any other spirits produced locally by the exclusive licensee.

According to her, many students are being initiated into alcohol through the sachets, which some students sneak into school to sell. “In Uganda it’s as if drinking has no restrictions,” she said.