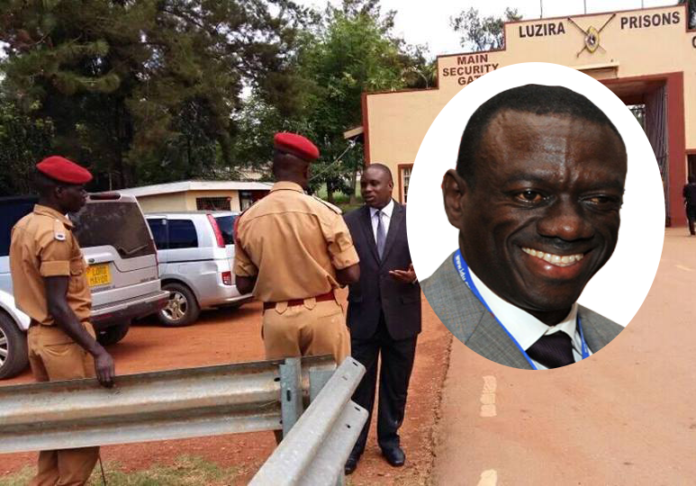 The revelations made by Oxfam Executive Director and wife Winnie Byanyima to jailed former presidential candidate Rtd Col Kizza Besigye about how he cooks his own food while inside  in Luzira Maximum Prison, have put authorities on the spot.

Dr. Besigye who was on Wednesday arraigned in Nakawa Chief Magistrate’s Court and charged with treason afresh, told court he fears for his life in Luzira prison.

However, it is not clear under what  circumstance Kampala City Mayor Erias Lukwago and Kira Municipality MP Ibrahim Semujju Nganda visited the opposition strongman this morning carrying him food and drinks.

The Prisons spokesperson, Mr Frank Baine had to come out and explain why Mr. Besigye was being treated differently from his fellow inmates including have access to a television set and a radio within his cell.

Baine told URN that Dr Besigye had reported a health condition that may not allow him eat the same food with other inmates. Besigye also raised concerns over the food preparation processes.

He added that the prison department is equally constrained to provide special meals under the circumstances, they agreed to an arrangement warranting preferential treatment to Dr Besigye and a few other inmates who reported health complications.