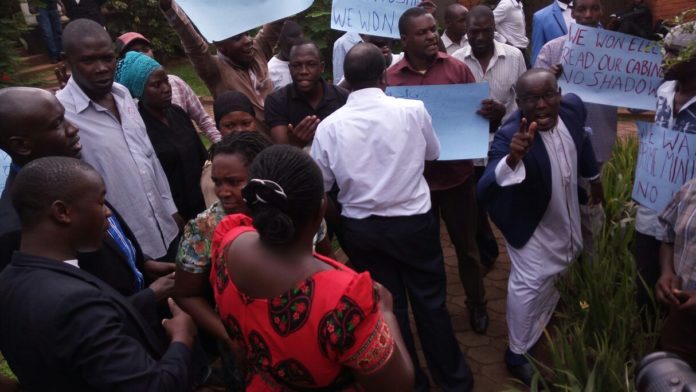 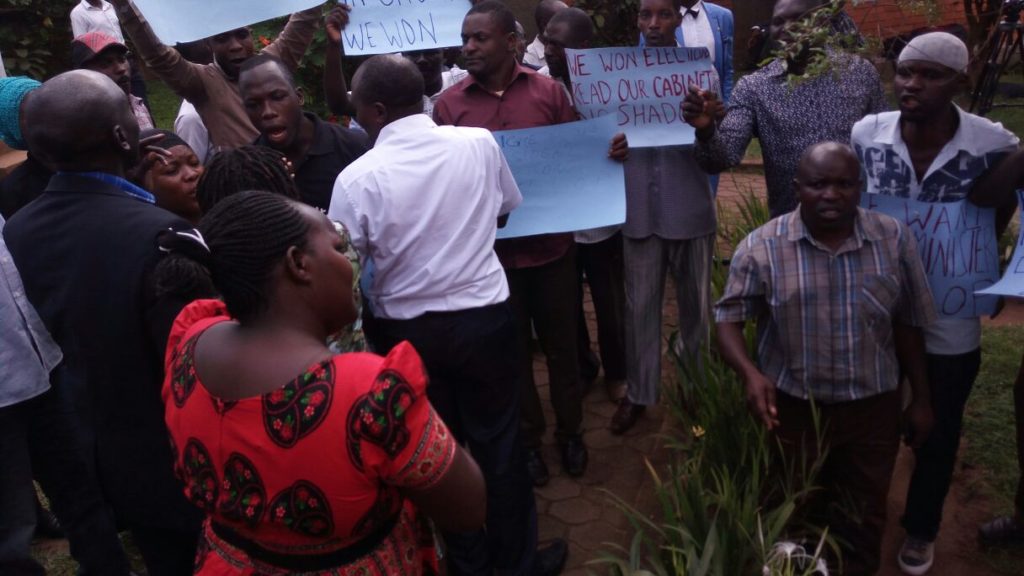 The opposition supporters are demanding the party’s National Executive Committee (NEC) to immediately halt their decision held earlier today meant to consider the name of the candidate to be named the Leader of Opposition in the 10th Parliament. They are instead requesting for the formation of a parallel government. 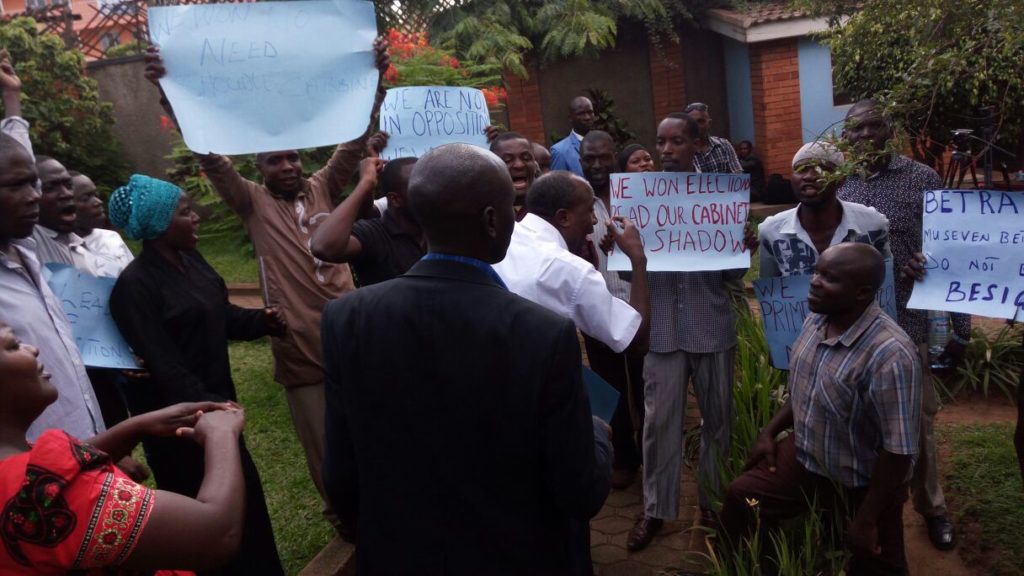 The activists have placards with different messages written on as seen in pictures and have been temporarily calmed by party party Secretary General Nandala Mafabi and Women’s League leader Ingrid Turinawe. Other bigwigs in the meeting were Herold Kaija the deputy SG and the party president Gen. Mugisha

Gen. Muntu is expected to have the chosen candidate forwarded to Parliament. Atleast six legislators are being considered for the job.

The FDC working committee also met early on Monday and discussed the probable candidates for the top job in the August House. 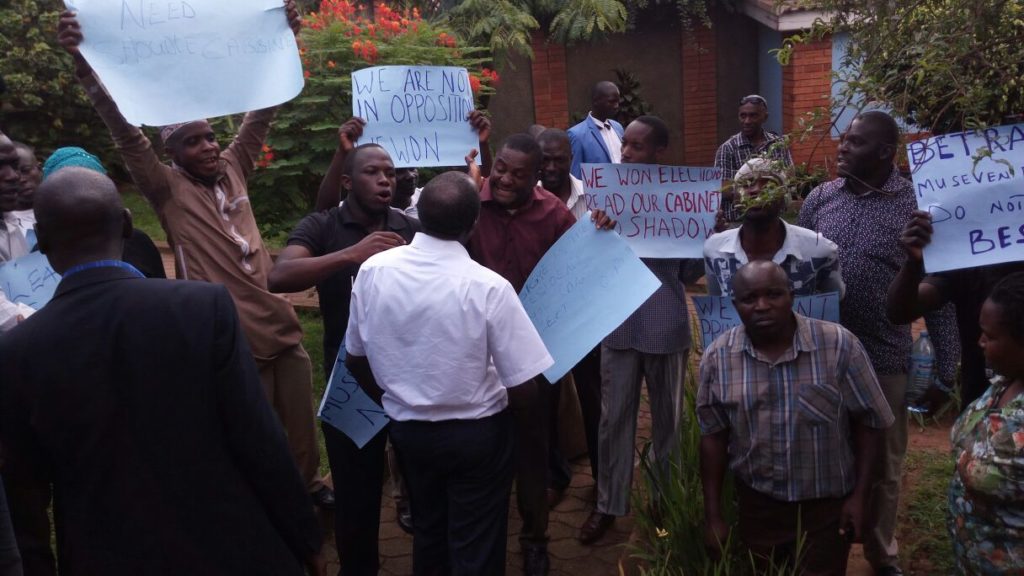 FDC founder and former president Dr Kizza Besigye was arrested on May 11 after a video clip on YouTube circulated on social media showed him being sworn in as President of Uganda. He was charged with treason at the Nakawa court and remanded to Luzira prison until June.

The Electoral Commission announced President Museveni winner of the February 18 elections with 60 per cent and Dr Besigye as runner up with 35 per cent. 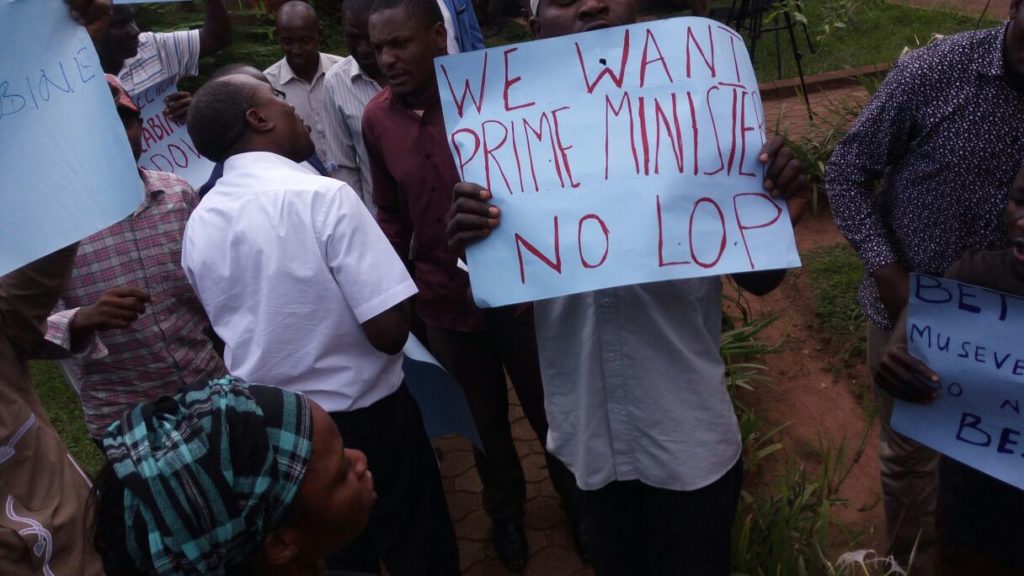 Dr Besigye disputed the results and said the Electoral Commission wrongfully announced President Museveni the winner. Dr Besigye and the activists claim he won the elections with 52 per cent thus deserve to create the new government especially the lucrative Prime Minister’s office.