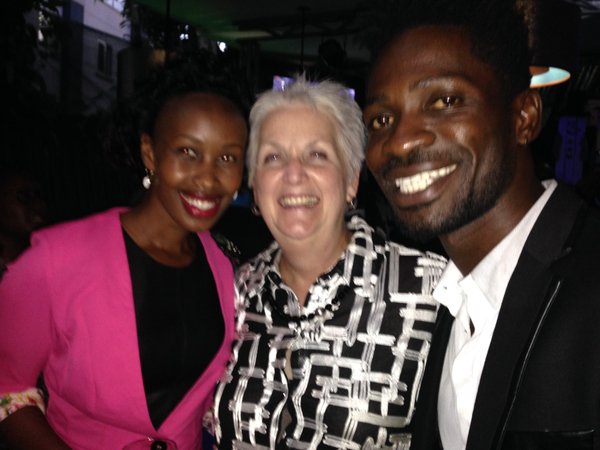 Bobi annihilated his competition on Tuesday, after being endorsed as Uganda’s ghetto president by the new US ambassador to Uganda Ms. Deborah Malac.

Sources close to Bobi and his wife Barbie say he had dined with the envoy — like many top ‘politically-conscious’ Ugandans– but we’re told he’d been completely sober for the whole evening.

Wine has built his image as the champion of the defiant opposition activists and lower classes. He has had numerous commercial endorsements and has acted as a patron for the government and for charities, advocating for everything from drug-safety to environmental protection.

The tweeps were having it, so praised the endorsement. 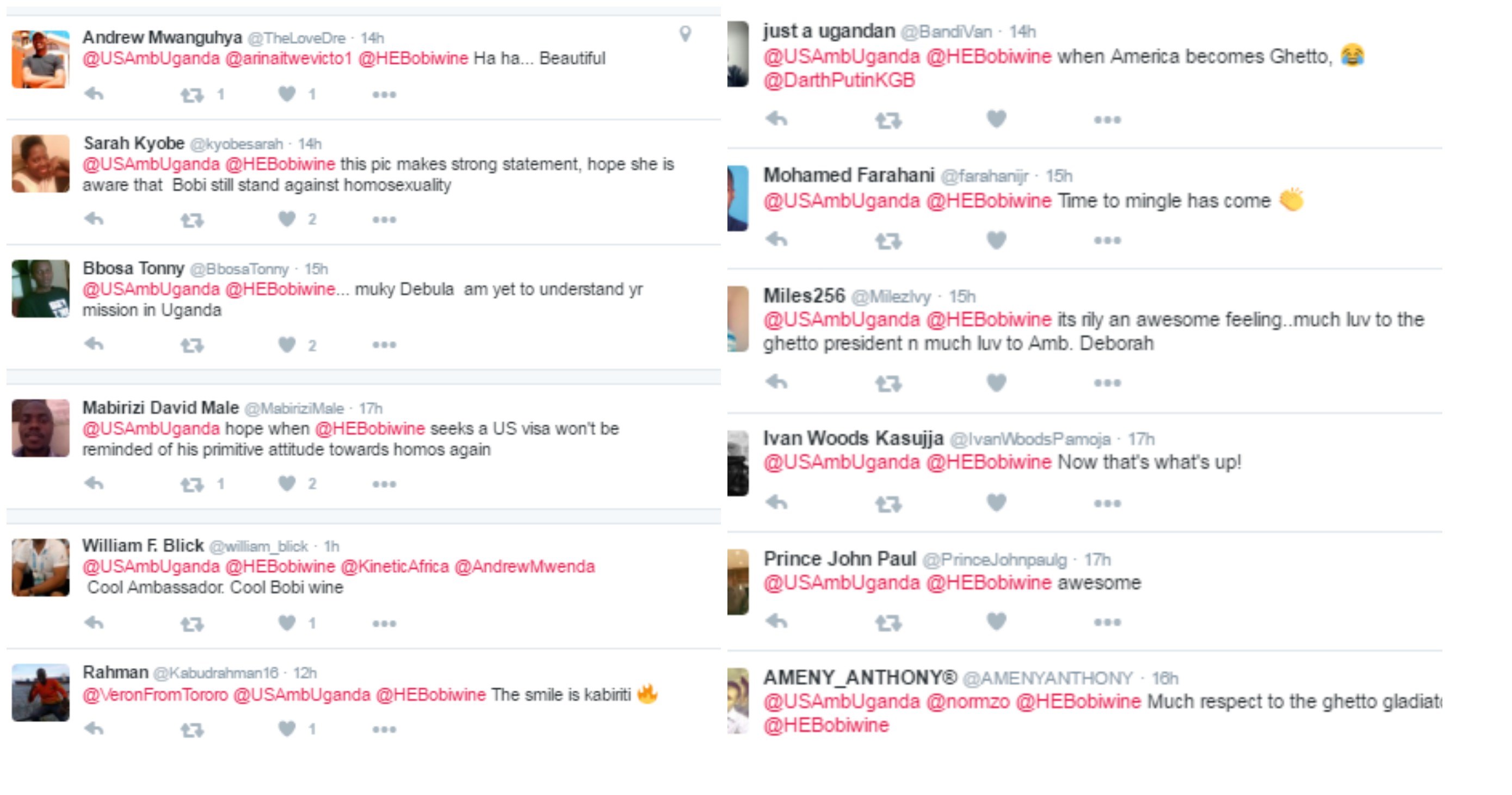 The singer was in 2014 denied entry into several Western countries because of his “sharp” anti-gay lyrics in one of his songs.

Wine’s opinions on homosexuality have been widely publicised. When he took to Facebook to criticise US President Barack Obama’s stance on gay rights, the post was later removed but not before Ugandan gay rights blogger Seba had a chance to respond, accusing him of disregarding loyal fans who may be gay, or have friends who are gay.

Did his anti-gay and most recently politically inclined agendas like Dembe and Situka damage this image, or make him more popular in Uganda? The jury is still out.