Bartenders and bar owners are crucial in curbing drunk driving and promoting responsible drinking as they interact with alcohol consumers daily and can influence attitudes and drinking behaviour.

This was revealed on Wednesday June 1, 2016 during the Responsible Serve training for bar owners and tenders, at Kati Kati Restaurant, Kampala.

The training is part of the Red Card campaign, an initiative by Uganda Breweries Limited (UBL) to inform, sensitize and engage consumers about the dangers of alcohol misuse. The training equips bar owners and tenders with the knowledge to promote responsible alcohol consumption and why this is important for sustainability of their business.

Explaining why they chose to train this particular group, David Onyango UBL’s Sustainability Manager said,”A bartender/Owner is in a perfect position to understand and promote responsible drinking. As a professional serving alcohol and as someone who interacts with customers every day, there is a high chance of having a positive effect on attitudes.”

The one day training which started at 10:00 am was graced by over 80 bar tenders and owners in Kampala.

“This training is intended to help the bartenders and the bar or restaurant owner promote alcohol in a responsible and enjoyable way. It’s also aimed at reminding bar owners of the existing laws governing the selling, serving and consumption of alcohol among others,” Mr.  Onyango noted.

“Uganda has a legal alcohol limit of 35 milligrams per 100 milligrams of breath for drivers. However, it’s difficult to calculate how many drinks can get an individual over the acceptable limit because everyone metabolises alcohol at a different rate. One’s weight, gender and age affect this; as do activity levels; whether you’ve eaten recently; whether you’re on medication; the type of alcohol you consume; and the speed you drink it.” Mr. Onyango said adding “The safest amount of alcohol to consume before driving is none.” He went on to urge bar owners to install signage with messages encouraging their customers not to drink and drive and to get designated drivers if they are drinking. 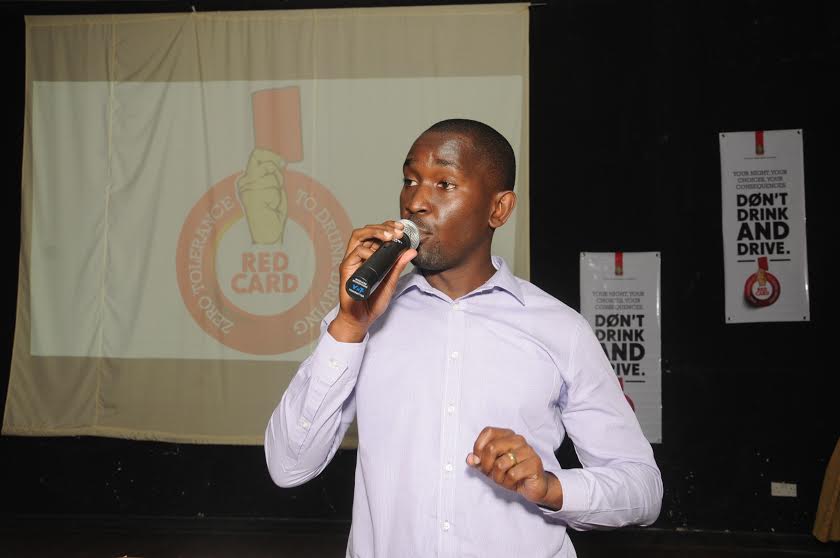 The bar owners during the training also received tips on preventing drunk driving, which is the leading cause of traffic accidents in Uganda. According to the recent traffic report by police, Uganda experienced 19,229 crashes and 310 of these were attributed to drunk driving. Kampala registered the highest traffic accidents with 51 percent. (Annual Traffic Accident Report, Police: 2014) 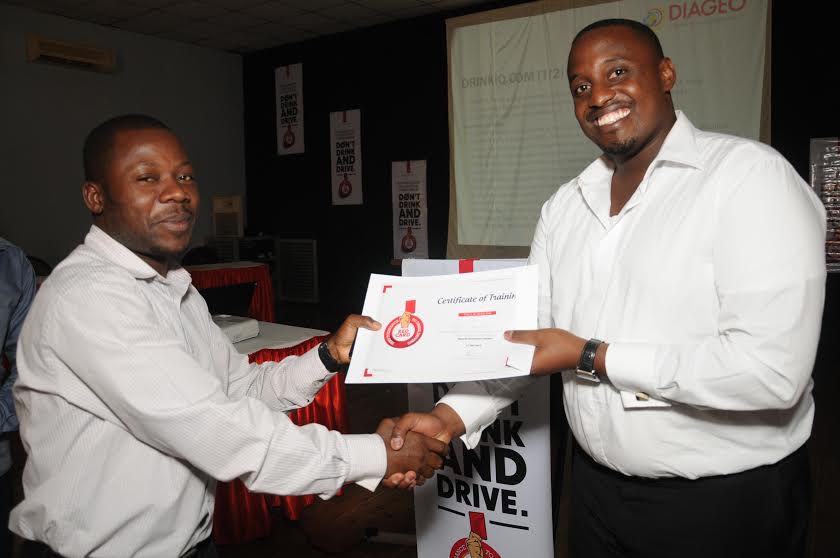 During the training, Ronald Tumwizere, UBL’s Promotion Manager, urged bar tenders to keep a close watch on their clients to ascertain if there is any doubt about their ability to drive within the legal limits and take the necessary action.

“You can affect the way your customers get home by having public transport information available on the premises and inform customers about it. Have taxicab numbers available on signage, possibly even a direct phone link to the local taxicab company. Arrange with your local taxicab company that can provide cabs at certain times regardless of whether they’re called or not,” Ronald said. 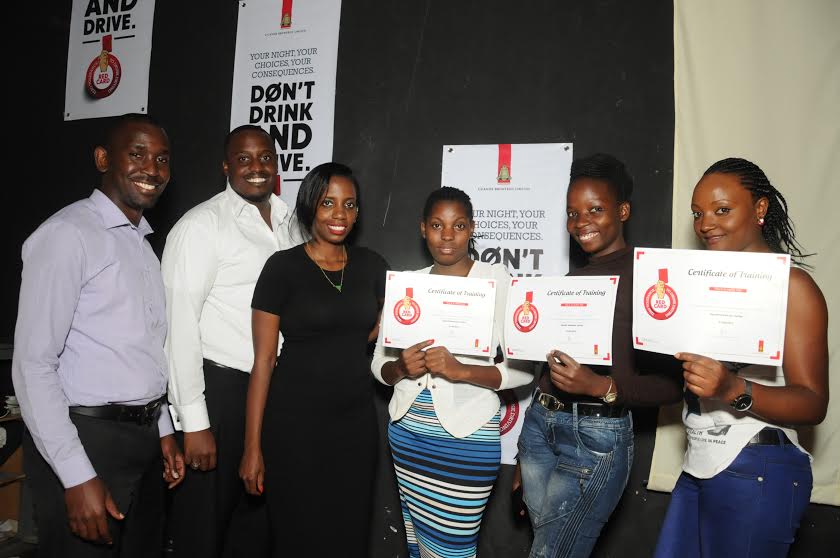 He further noted that serving responsibly can have many benefits to bar establishments or to customers as well as to the local community.

“A trouble free bar means more customers, better reputation, and increased profitability. It also builds a better working environment for you and your colleagues as well as making bartending a professional and rewarding career.  It is much more than serving customers a drink, it is really something to be proud of and can play a positive role in the community with partners such as the police and licensing authorities,” he noted.

He stressed that it was imperative that bartenders know the alcohol laws in Uganda and obey as well as remind their customers about them.