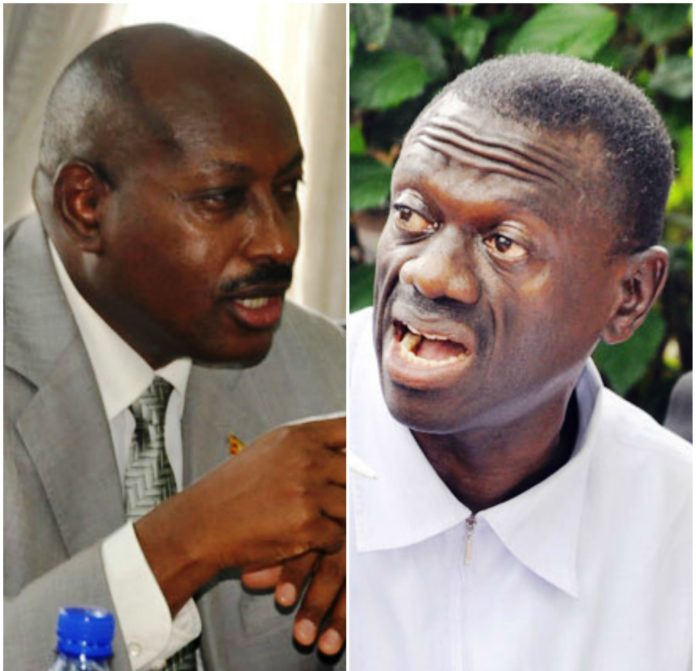 The Attorney General has Thursday withdrawn an interim order against leading opposition party Forum for Democratic Change’s Defiance campaign because the law demands that Dr. Kizza Besigye ought to have been represented in court personally.

The Deputy Chief Justice Steven Kavuma, had summoned jailed Opposition leader of FDC, Dr. Besigye, and his party to appear in court for the hearing of an interim application aimed at extending the ban on their defiance campaign activities including the Tuesday weekly prayers.

“We do hereby apply to withdraw the above captioned application under rule 2 (2) of the Court of Appeal Rules with no order as to costs,” the Attorney General requested.

The second defendant Dr. Besigye had said he needed to be present in court himself so as to raise arguments against the application since he has no lawyers representing him in this particular application. However, earlier one of his lawyers Ernest Kalibbala had written to the Court Registrar stating that he could not reply to the application made by the Attorney General as required by law.

FDC lawyer Ladislaus Rwakafuuzi was in a jubilant mood when it was announced that the Attorney General had withdrawn the interim order against the defiance campaign.

Besigye’s FDC had planned countrywide demonstrations to protest the February 18 presidential results, their continued demand to have an independent audit of the presidential results and the live media coverage of defiance campaign activities, all of which had been earlier banned by Court of Appeal judge Justice Steven Kavuma, sitting as a single judge.The ban expired last week.

It should be noted that Police chief Gen Kale Kayihura had sworn an affidavit stating that unless court issues another ban stopping Dr. Besigye and FDC defiance campaign activities, the country will slide into political unrest.