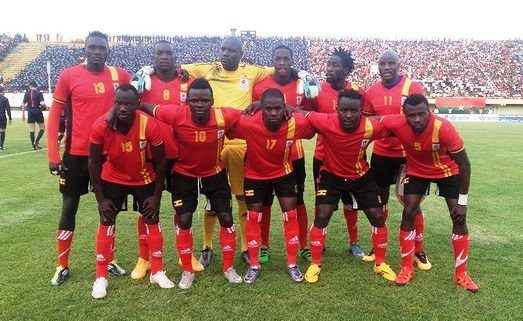 Uganda  have remained in 72nd place in the FIFA men’s national team rankings ahead of the Afcon 2017 qualifier against Botswana away in Francistown on June 4. The team that beat them in their only qualifier defeat, Burkina Faso, moved upwards almost overtaking coach Micho men.

The Cranes remain the 16th best side on the continent though and are well outside of Fufa’s stated aim of a regular place in the world’s top 60 and among the leading ten nations in Africa.

The Cranes need maximum points against Botswana and Comoros in September to guarantee a place in Gabon next January.

There was some change in the global list, though Argentina and Belgium remain the top two teams. Colombia have risen to third and Germany to fourth, with Chile dropping down to number five.

Madagascar were the top mover in the latest rankings, climbing 29 positions to 108th spot.