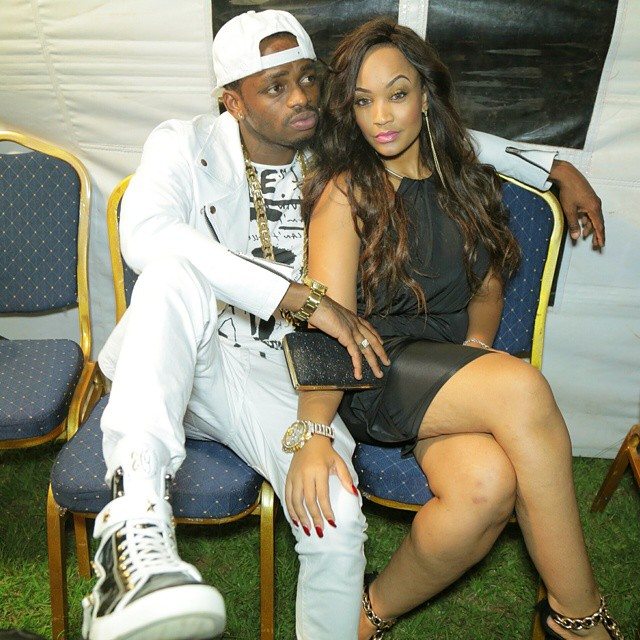 It almost seems like these crazy rumors of a Zari Hussien and Tanzanian sweetheart Nasib Abdul Juma aka Diamond Platinumz split were just leading up to the couple’s social media big ratings!

Because seriously, for a minute there we are getting multiple reports of trouble in BossLady and ‘Make Me Sing’ hit maker Diamond’s paradise on the daily!

Sources previously confirmed that mother-of-five Zari  flies out to South Africa almost bi-monthly to be with her kids and former flame Ivan Ssemwanga.

Add to the smoke … cheating rumors have dogged the couple ever since.

“During her recent return from SA they were fighting after Diamond’s mother Sanura Kasim kept pestering him over her character and infidelity,” an insider told EagleOnline. Her apprehension had been fueled by loose talk that her son Diamond was sharing his wife with her ex husband. “[They have] broken up and got back together a few times.”

And sources close to Ivan Ssemwanga tell us that he also believes he has scored in his quest to get the mother of his kids back considering he even had quality with time her in a swimming pool the last time she visited.

We’re told Zari’s other flame Diamond with whom she also has a daughter is not happy about it and will consider dumping her.

Still, keeping track of all the rumors surrounding their relationship can be difficult for anyone, so here a collage of two picture Instagram pictures posted by both Zari and Ivan Ssemwanga:

In other words – Zari is on the move as usual