President who is the Commander in Chief of the armed forces has this Tuesday reshuffled over 20 military attaches/ advisors in the latest security changes.

In the latest changes just a day after cabinet, Gen. Museveni, has long last deployed Brig. Moses Rwakitarate who has not been deployed since 2013 when he was suspended over the plane crash incident. Rwakitarate now moves to Brussels and European Union as a military attach while Nakibus Lakara who has been in Somalia is now the new commandant of the East African Rapid Response. 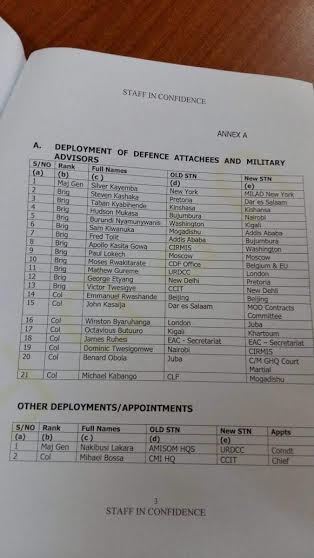