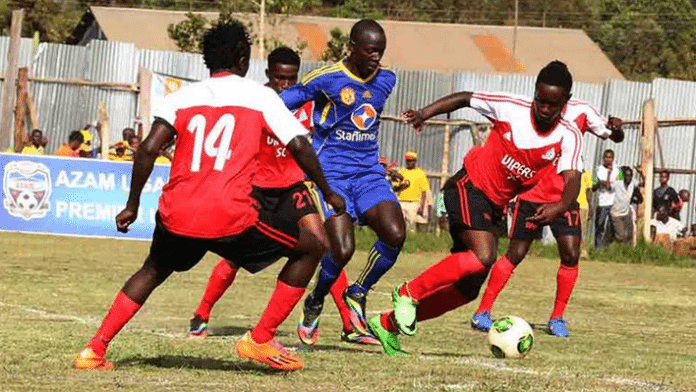 Giants Vipers and KCCA will be seeking a first leg advantage when they clash in the semi-final of the Uganda Cup at Nakivubo stadium on Wednesday.

The two sides drew home and away in the recently concluded Azam Uganda Premier League (UPL) but Wednesday provides a better opportunity for either to get a win over the other.

KCCA come into the game in buoyant mood after winning the league a couple of weeks ago and are aware that edging Vipers will take them closer to a historic double – their first ever.

KCCA midfielder Ivan Ntege who has three league medals to his name already has set a target to grab what is a missing domestic honour in his wardrobe.

“It gives me sheer delight and satisfaction to be part of the winning team but I will not sit on my laurels until I help my club win the unprecedented double,” he told the club’s official website.

Vipers forward Erisa Ssekisambu who has scored five goals in the competition believes his side has what it takes to win the game.

“It’s a tough game for us but we know it’s the only chance for silverware this season,” he revealed. “I believe we have what it takes to get a decent away result and finish the job at home,” he added.

Former Vipers’ forward Ceaser Okhuti is expected to lead the hunt for goals for the league champions alongside Derrick Nsibambi.

Onduparaka, who have so far claimed two top division sides enroute to the stage will be favourites over two legs but will be keen on getting a good result in the first leg.

The aggregate winner over two legs will reach the finals due to be played at Nakivubo in ten days’ time.

You have no powers over Departed Asians property-Solicitor General warns Bizibu...