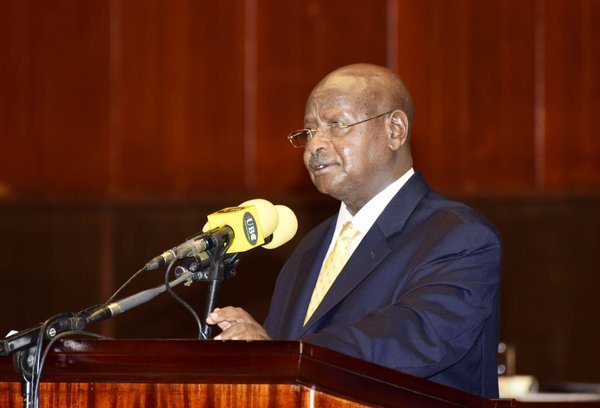 Uganda will earn US$2.1 billion from the annual export of 200.000 barrels of oil produced per day.

Making his 2016/17 Budget Day introductory speech at the Serena International Conference Centre earlier today, President Yoweri Museveni said the money, to be earned by pumping oil through the pipeline and also through refining, will represent seventy per cent of the gross revenue of US$3 billion.

The president disclosed that the oil earning would among other things, fund scientific innovation; capitalize the Uganda Development Bank (UDB) and the National Housing Finance Banks; to support the manufacturing, agriculture and infrastructure development projects.

In the brief speech, the president however, decried the low levels of growth now standing at 4.6 per cent, saying the country needed to work towards a double-digit growth rate.

‘I am, however, not satisfied with the 4.6% rate of growth that we achieved this financial year.  Even the rate of 7% is not satisfactory to meet.  We must go to double digits rates of growth in order to transform our society rapidly,’ the President said.