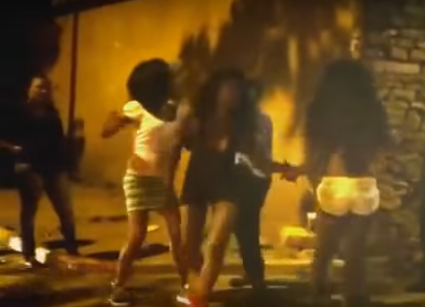 A brutal video has emerged of the moment Ugandans fought ‘brown and cunny’ Kenyan hookers following a heated row over clients in Kampala.

Before being roughed up thoroughly, the Kenyan prostitutes are seen arguing and abusing their hosts who react with extreme violence.

The Ugandans demand that the Kenyan women either shaped up to their rules or they ship out of their market.

In a video believed to have been filmed when the fracas occurred on Tuesday night, June 7, along the infamous Speke road in Kampala, both of sets of hookers can be heard screaming at each other. The Ugandans can be heard shouting: ‘What the f**k are you doing here, go back home?’ 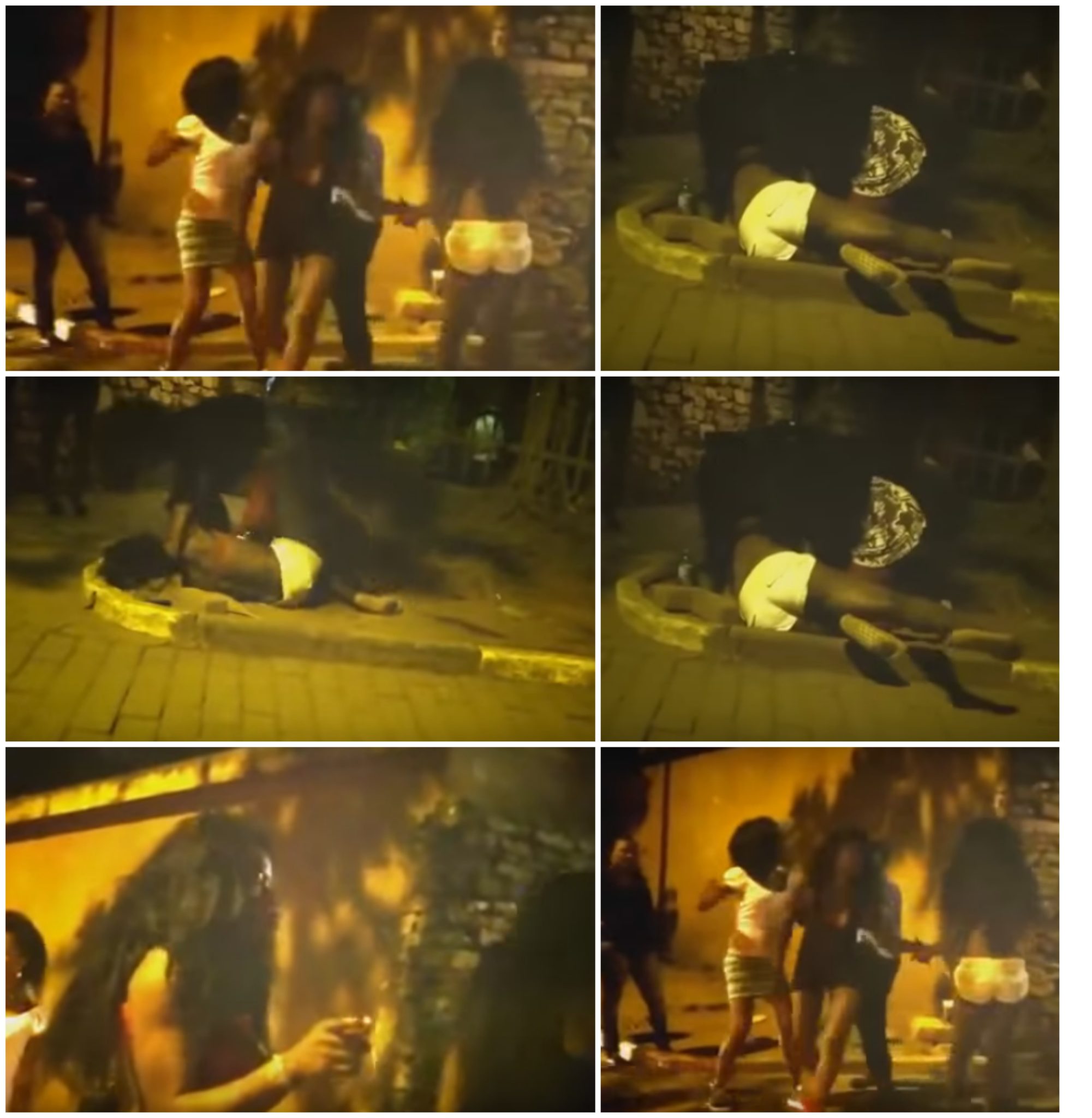 It is believed that the hostile takeover culminated in a fight between the two groups more importantly because the Kenyans were offering services at a cheaper price and stealing all the clients for themselves.

According to Tuko Kenya, Esther Nyambura, one of the Kenyan prostitutes, said it was unfortunate that the Ugandans opted to beat them up instead of calling for a sit down to discuss the matter.

According to the Ugandans, the Kenyans were charging half the price for a shot which lured their customers who are mainly composed of truckers operating the Mombasa-Uganda-Congo to Burundi route to ferry goods.

“We cannot allow them to take over out trade because it is our source of income. They should either increase their prices of leave the place,” said Naomi Nekesa, the Ugandan sex workers’ leader.

No police arrived on the scene during the incident and nor have they commented on the matter but it took the intervention of local leaders to break up the fighting.

Prostitution has always been the go-to work for people who fail to secure formal employment.

Prostitution in Uganda and Kenya is considered illegal and in spite of this, it is rife all over the country with most operating out of hotels and commercial houses for rent.

Despite most women exiting the profession, undergoing rehabilitation and training in a skill set, most employers refuse to hire them for fear that they haven’t changed.