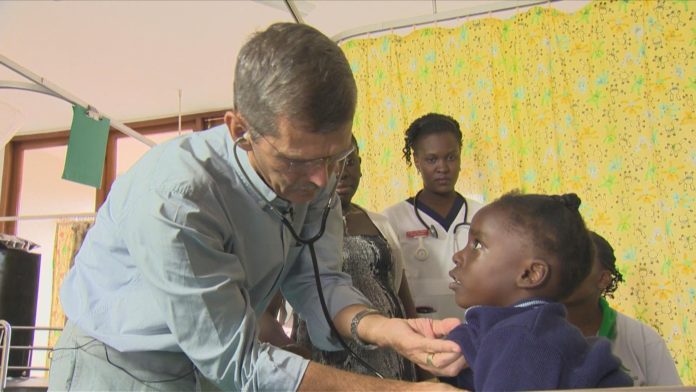 One of the commonest diagnoses I see at present is ‘Bacterial Infection’ for which doctors dole out lots of antibiotics. I generally disagree with such a diagnosis because a diagnosis should also list the actual site of the infection, such as the throat – which is tonsillitis, or the gut, which is gastroenteritis, or the bladder, which is a urinary tract infection.

In the past, when a patient attended a clinic, he would often be given the diagnosis of ‘malaria’ for which he was treated with chloroquine, but due to the widespread administration of chloroquine for many fevers which were not malaria, the parasite was able to develop resistance, and as a consequence chloroquine treatment is no longer effective. Nowadays the treatment of malaria is much more expensive and there is the real possibility that the parasite could develop resistance to the current treatment.

Today the trending diagnosis of ‘bacterial infection’, gives doctors the opportunity to prescribe antibiotics, and they usually favour one of the newer antibiotics, which is often given intravenously, hence we see people walking round Kampala with IV cannulas in their hand.

The patient is not only being given a drug he doesn’t need, but the unnecessary treatment is promoting antibiotic resistance.   When antibiotics are necessary, doctors should prescribe them according to a medically agreed hierarchy, known as first line treatment, second line and third line treatment. However the current fashion is to jump straight to the third line treatment, especially when an insurance company is paying. This is poor medical practice.

The emergence of superbugs which are resistant to all antibiotics is now a reality, and although only a few people are affected today, at some point in the future we could all be attacked by superbugs. When this happens we will succumb to simple infections and die, as was the case before the discovery of penicillin.

One should understand that man (homo sapiens) is just one competing species, which occupies this planet. Although man has managed to dominate the earth for a few hundred thousand years, we remain in a state of balance with other organisms such as bacteria, and this balance can be upset by the emergence of widespread antibiotic resistance and the development of superbugs.

In past centuries bacteria were responsible for epidemics such as bubonic plague and killer diseases such as TB, which have wiped out hundreds of thousands of human beings.

Even today tuberculosis remains a major killer, with the emergence of multidrug resistant strains, which are very worrying to global bodies such as the World Health Organization. Until the advent of penicillin people died from simple bacterial infections, but since the discovery of antibiotics we have been able to treat most bacterial infections. Imagine a world where we could no longer overcome bacteria. That is what we are fostering with our widespread inappropriate use of antibiotics.

It is not only doctors who are responsible for these mal-practices, Intensive farming in the western world is using antibiotics in a bid to increase efficiency. Hence antibiotics are finding their way into the soil and into the food chain, which fosters the development of antibiotic resistance. While in this case one cannot point the finger at African farmers, the increasing trend in the widespread inappropriate use of antibiotics in the treatment of the human population is a major contributing factor.

So next time, you are told you have a ‘bacterial infection’, ask the doctor if he has carried out a culture and what is the specific infection. Antibiotics may not harm you, but future generations will suffer.

MBChB BAO, DTM&H, MSc, is a physician, missionary, philanthropist, entrepreneur and politician in Uganda. Since May 2011, he has been Mayor of Makindye Division, one of the five administrative units of Kampala Capital City Authority.