There were so many good things about Micheal Kabaziguruka’s personality.

The Nakawa MP-elect’s rampaging February 18 win over powerful Attorney General Fred Ruhindi to bring to an end his 15 years as Member of Parliament, having taken over from former local government minister Jaberi Bidandi Ssali in 2001.

For everything good, however, there always seems to come a ‘But…’ with Kabaziguruka.

And there is nothing more baffling than his recent arrests on alleged rebel links.

Surely there can be no worse indictment of a youthful politician than the fact he will follow his mentor and former business partner Dr. Kizza Besigye.

Mr Kabaziguruka has on Monday appeared at Special Investigations Unit headquarters in Kireka, for further interrogation the alleged reemergence of the armed rebel group known as Revolutionary Forces for the Liberation of Uganda (RFLU) formed in the South-Western region.

Kabaziguruka, the deputy chairperson of Forum for Democratic Change Electoral Commission was arrested last week, before he was released on police bond last Thursday evening, said he was interrogated and questioned about subversive activities. He said the security agencies are linking the activities to former presidential candidate Kizza Besigye and former spy chief David Sejusa. He is currently under house arrest.

In September 2012, the state alleged Kabaziguruka with a self-employed colleague, Frederick Namara formed a new rebel group known as RFLU and were arraigned in court and charged with treason together. Court heard that the two live in the same home in Luzira, a Kampala suburb.

After winning the 2016 elections, Police surrounded the MP’s home and often times never allowed him to leave his residence.  The same residence where Kabaziguruka was arrested was the one being occupied by FDC President Kizza Besigye when he fled to exile in 2001.

It was then indicated that between 2010 to-2012 in diverse places in Uganda, Kampala, Wakiso, Soroti, Kampala, Kiboga, Ntungamo, Kenya and DRC under RFLU, Kabaziguruka and his group contrived a plot to over throw the government through meetings, recruitment, mobilization, acquisition of arms, uniforms, soliciting funds.

While addressing press during the aftermath of the Gulu Attacks, IGP Kale Kayihura revealed with much confidence that Kabaziguruka is being investigated and accused of serious offences with evidence.

He revealed of Kabaziguruka’s evident rebel links: “Kabaziguruka is helping us with investigations related to subversive activities.

He added; “Precisely, there is a joint investigation that we are carrying out on information we got that some people are planning to carry out attacks on police stations, military installations and disturb the peace of the city. So I am sure that could be part of it.”

The IGP added that at every police station, the information and communications department is going to install some detection systems to help in their day-to-day surveillance of wrong characters like Kabaziguruka.

But last week it did get right to the heart of the matter when FDC spokesman Ibrahim Ssemujju said detectives at Kireka asked MP Kabaziguruka about Gen Sejusa and Dr Besigye’s links with a rebel group to which some serving military officers are members.

It remains to be seen whether that evidence will tempt Kabaziguruka back into his shell or if he will go for the prospect of being near Besigye. 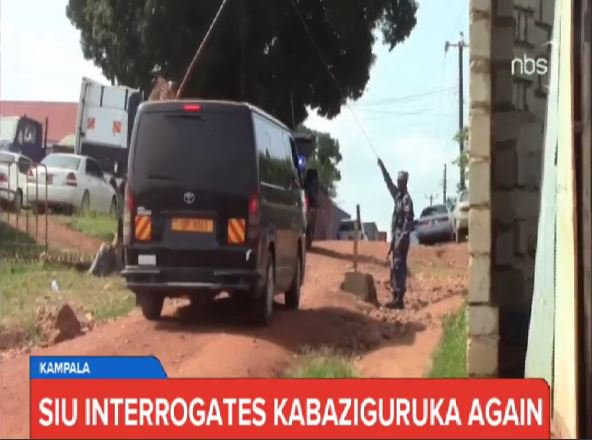 Dr Besigye, indicted for treason, is currently on remand at Luzira prison. The Constitutional Court in 2006 dismissed a similar case against him, saying his trial in a military court for allegedly heading the shadowy People’s Redemption Army or PRA, was unconstitutional.