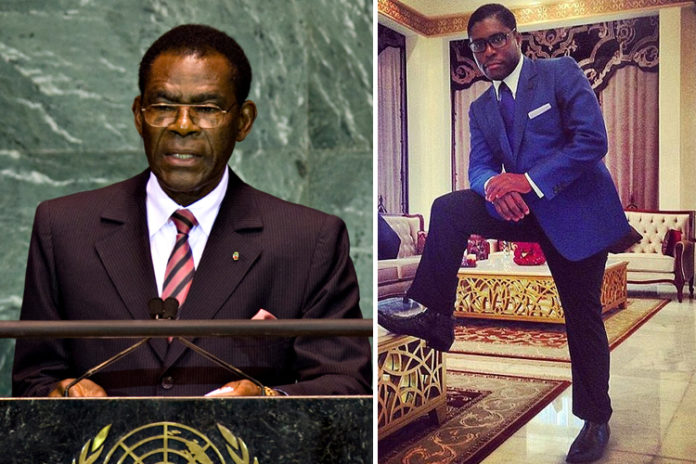 Teodorin has been second vice-president.

The position of the second vice-president has been abolished in the new government structure, with uncertainty looming over that of prime minister.

According to the Brazilian newspaper the Terra Brasil, which quoted a local television Tuesday, the president’s first son will also be incharge of Defence and National Security ministry.

He has been fighting attempts by the US administration to seize his assets, denying charges that they were obtained with allegedly corrupt funds taken from his country.

Teodorin’s appointment follows the formation of a new government after his father’s April 24election win.

President Nguema was re-elected with 93.7 per cent vote.

Former Prime Minister Vicente Ehate Tomí will now be the deputy president of the State Council.

President Nguema is Africa’s longest-serving leader and has ruled the former Spanish colony since 1979 when he ousted his uncle in a military coup.

Equatorial Guinea, though originally Spanish-speaking, applied to join Lusophone in 2006 and was admitted.