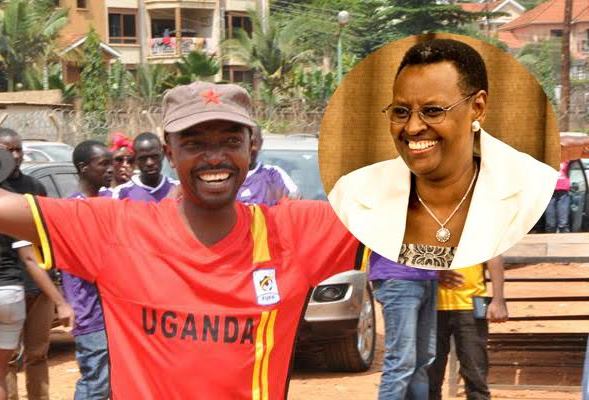 This will be the first sports ceremony to be attended by the First Lady since her appointment by President Yoweri Kaguta Museveni.

According to the Uganda Premier League (UPL) chairman, Arinaitwe Rugyendo, Janet has been approached to grace the crowning night as the chief guest and her reps replied affirmatively according to a source.

“We hope to use the occasion to tell her (Janet) the real troubles of football in Uganda.”  Rugyendo revealed.

One of Uganda’s seasoned writers and media entrepreneur who is also one of the founders of Uganda’s leading tabloid Red Pepper, Mr Rugyendo is a close confident of the First Lady and in March 2015 even made his intentions to ‘replace’ Janet as Ruhaama Constituency Parliamentary seat holder before backing out unceremoniously.

In a press conference held on Thursday at Mandela stadium, Namboole Boardroom, the organizers revealed that the awards are aimed at rewarding best performers from the 2015/2016 Azam Uganda Premier League season besides motivating footballers in the country..

The best senior player of the season to be drawn from KCCA’s Joseph Ochaya, Viper’s Erisa Sekisambu and reigning topscorer Robert Sentongo (URA) will walk away with a price of a brand new car that evening.

Miya Farouk, Robert Ssentogo and Brian Umony are the past winners of the top accolade.