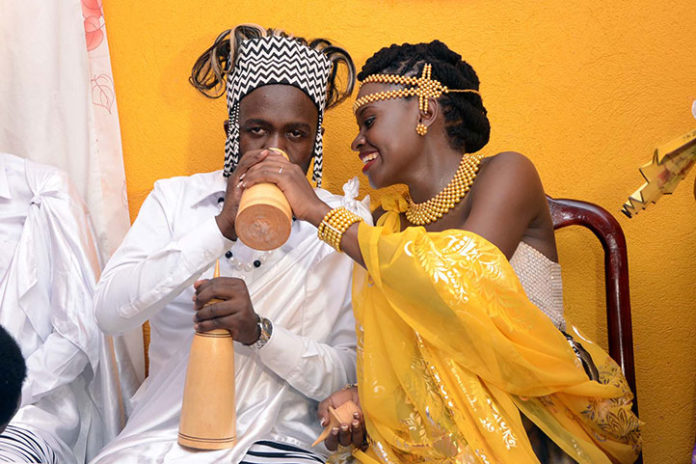 And a baby makes three!

NTV’s reporter Gertrude Tumusiime Uwitware has given birth to her first child with husband Rodger Ariho.

“The baby is extremely healthy and is surrounded by friends and family at Norvik,” a source said. “Gertrude and Rodger are ecstatic to be parents.”

The award winning Living Life, Tetenkanya Obulamu and Health Focus reporter has made no secret of the fact that she couldn’t wait to become a mother in past interactions, and gushed about her hopes and dreams for her family in February.

“Oh, my God. I want to be a mother, and I anticipate loving my children quite fiercely,” she shared with a fellow journalist. “I think about it all the time, though it’s a silly thing to think about because the kind of mother I’ll be depends on the kind of children I have. I can’t wait to meet them.”

Born in Kamwokya/Kyebando over 27 years ago,  Uwitware first worked at then struggling Kamwokya-based Record Television in 2009 before she was alerted for a graduate trainees’ program by a relative and current boss Maurice Mugisha (they share a partner grandfather from Kisoro District) to join the Serena based NTV in 2013 where she has cut out her niche as a unique story-teller.

She introduced her man to her family along Entebbe Road last month. Much of the function was conducted in Kifumbira, English, bits of Luganda and many other languages. Unlike the Kiganda kind of introduction where the groom’s entourage is made up of many friends and well-wishers, in the Kifumbira type of introduction, the parents of the boy come along.

Congratulations to the new parents!