Deo Serwadda’s recent coronation as SC Villa’s new head coach has created a buzz on the blue half of downtown Kampala. An appointment to grab the vernacular media headlines, the aggressive announcement of Old Boy ‘Kajambia’ shows Villa mean business.

Embattled club president Ben Misagga says he is determined to make a statement and the list of candidates he courted to succeed Ibrahim Kirya, which included Lweza’s talented Joseph Mutyaba, showed how determined the dubious billionaire was to bring in an exciting new era at Villa Park.

Though we are yet to see pictures of Serwadda conducting training at their dusty Uganda Railways yard base, work has already started behind the scenes to ensure this campaign lives up to expectations.

Though Misagga as a developed a Roman Abramovich-like coach sacking habit, Sserwadda has the job for the next two years with a backroom staff consisting of Shafic Bisaso as his assistant and Christopher Lobbo as goalkeeping coach.

Misagga has unfailingly backed his coaches and in the past two years Villa have smashed their transfer many times. Even in June 2015, Kirya was given over UShs 22 million to sign Umar Kasumba, who spent time doing double sessions at Villa Park to get a head start after an underwhelming start and took over 17 games to end his goal drought.

But what Villa have not been able to do, though, is spend big with great frequency. Finance was one of the reasons they passed on the chance to fully retain Erisa Sekisambu 12 months ago who had just inspired them into dreaming about a league and cup double that season but, with Misagga committed to bankrolling significant investment that will no longer happen.

Serwadda will have access to a modesty transfer kitty but that doesn’t mean he should spend for the sake of it. Villa need reinforcements in several areas, such as a new goalkeeper, in defence and up front, and Serwadda needs to be shrewd.

When Godfrey Lwesibawa scored the only goal against Sudan’s Khartoum Al Watani in the CAF Confederations Cup preliminary round, the noise inside Nakivubo Stadium was remarkable, an ear-splitting, senses fuddling din. When the old stadium is like that, there aren’t many better places to see football in the country.

But when it is quiet? It is inhospitable and the tension is palpable. Towards the end under Ibrahim Kirya, as results failed to improve, it became intolerable.

Jogoo fans had become bored by the methodical way Kirya wanted his side to play and Serwadda needs to appreciate that while the home crowd want to see attractive football, they want it to have a tempo that unsettles the opposition and creates an energy in the Kirussia stands.

Villa last season found themselves playing catch-up in the league because of their involvement in the Caf competition. Surprisingly, they went 360 minutes in continental football without conceding a single goal but also scored seven in four games. Most of the league games they were supposed to play earlier were postponed, which had repercussions, as seen in the fatigue they had to endure. 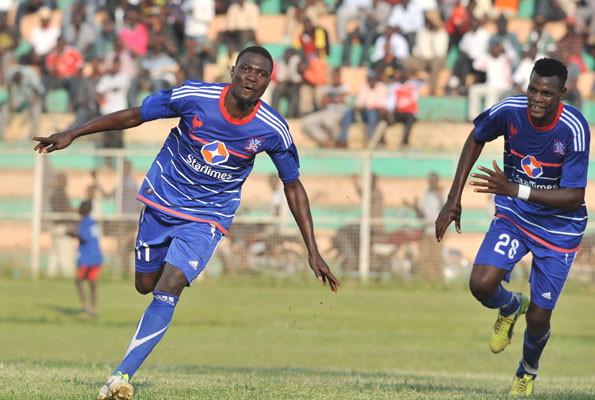 Serwadda is not walking into a club that is on its knees and requires major surgery just to stabilise. He is taking over one of the best institutions in the land with history and a solid fan base that just needs t be awakened with good results. Providing he makes the right moves, he has the chance to make them a force once more.

A change of coach always provides a lift but Serwadda will be aware of how much work needs to be done to get the bounce back at Villa Park. It is not wrong to say that, during the first three months of the campaign just gone, the mood around the club was appalling.

Even the most level-headed players had lost faith in Antonia Flores’ project and it made what has traditionally been a lively, vibrant place of work become a centre of disenchantment. For that reason alone, Villa’s hierarchy had to take action, promote Kirya and then fire him after stabling the boat.

One of Villa’s strengths over the last two decades has been the unity within. Paul Hasule assembled a squad that worked relentlessly for one another and never got carried away and every incoming chairman has always endeavoured to ensure that everyone adheres to tradition. Before then, an all-conquering Villa side of the 1990s that played in two Caf event finals (1991 Africa Club championship and Caf Cup) fell to Tunisia’s Club Africain (3-7) and  (1992 Caf Cup) Shooting Stars (0-3) of Nigeria.

Serwadda cannot be overlooked because he comes with a wealth of experience having coached many of the top sides in the country. He famously led URA to their first league title in 2006 and had a brief spell at Villa in the late 2000s.

He is a Caf License B holder and has been handling fourth division side Police Mobile (Police’s junior team) and Kyambogo University.